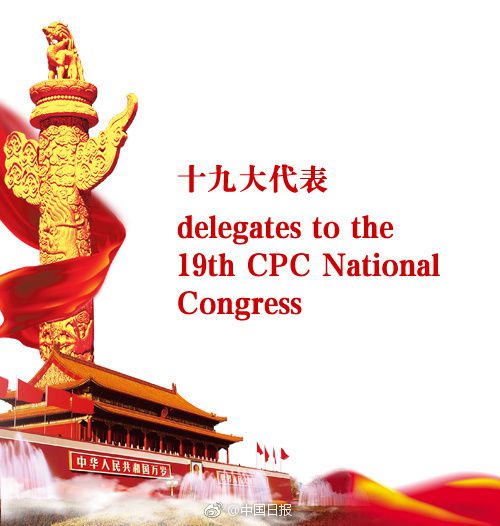 +86-020-2917 9715 proposal@set-up-company.com
China's economic development plan proposed by 19th Congress of CPC, has been closely watched by international financial institutions. Among the many comments made by international agencies, it highlighted the importance of the communist party of China to the development of China and the world economy.

Timothy Moore, chief Asian equity strategist at Goldman sachs, said: with the opened of China's stock market and bond market, the influence of the 19th Congress CPC is not only the world's second largest economy development prospect, but also it will also has a far-reaching influence on the international capital markets. The direction of China's capital markets is clear, and future international investors need to think more about investing in the Chinese market.

The China economic forum was held in London, UK, on October 18, and the communist party's report became one of the hottest topics in the seminar. Liao Qiang, a senior director at standard & poor's financial institutions, said the report's plan for economic development and reform reflects a high degree of continuity. The reform of Supply-side structural and financial deleveraging will remain the focus of macroeconomic management. We look forward to a clearer mechanism and framework for financial deleveraging, especially in the area of financial products supervision. we have seen the Chinese government's determination and efforts to reduce leverage in the corporate sector,' said Li Guoyi, a global credit analyst at S&P. China is expected to develop a more detailed plan to curb the rise in corporate leverage.

The One Belt and One Road initiative has been identified as the focus of the opening up strategy. The initiative has become a global focus, says Mario Marattis, chief economist at standard chartered bank. Many institutions and countries take this as one of the key sources of future investment an inclusive and open market in China will not only help overseas investors, but also improve China's soft power.

The report's plans for outbound investment have also attracted heated debate from overseas agencies. Fang Jian, the manage partner of British linklaters law firm, said the meeting is not only China's major political event, it will affect foreign investors commercial ties with China in the next 10 years or longer. We are confident that the overseas expansion of China's commercial sector will flourish after the 19th Congress of CPC.

The Danske bank made positive comments on the report. The bank believes the report shows that the Chinese government will continue to promote reform and opening up. Most institutions agree that the Chinese government will accelerate the process of reform in 2018, with the government expected to devote more resources and energy to economic reform. The Danske bank stressed that the key word for economic development planning in the report was "opening up", "reform of state-owned enterprises" and "financial reform". This shows that China will continue to open up to foreign investment in the future, and will continue to improve the efficiency of state-owned enterprises. It will also strengthen financial regulation and anti-risk processes.

The research report of Reuters quoted Macquarie pointed out that if the "Chinese dream" put forward by the five years ago only a preliminary outline, then and now, five years later, Xi Jinping, the general secretary in the communist party of China, the report of 19th Congress of CPC gives a more detailed implementation path on the "China dream". The ultimate goal of China's economic development is "people-oriented", which emphasizes adherence to the party's leadership of all work. The report shows that the future environmental protection, poverty alleviation and social security have significantly increased in China's economic development. The recent successful economic development also means that the Chinese government will have more space to solve structural problems and maintain more sustainable growth.