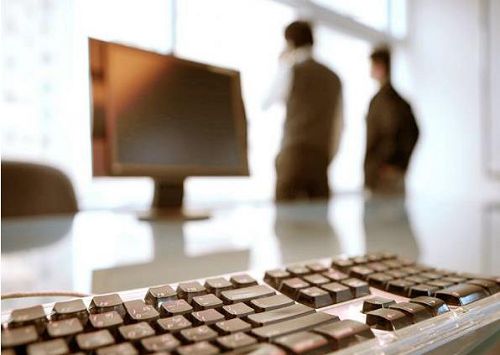 The Attraction of China in the Eyes of Foreign Enterprises: Business Environment

+86-020-2917 9715 proposal@set-up-company.com
Xinhua Beijing, August, 9 (reporter Chang Chang Chen Kaiyin) Over the past 30 years since the reform and opening up, China has become a hot land for global investment. According to incomplete statistics, China has attracted more than $1.8 trillion in foreign investment.

The influx of foreign companies has not only created a lot of jobs and taxes, but also promoted economic development, industrial upgrading and technological progress. Foreign-funded enterprises have become an important part of China's national economy.

As a result, the business environment and investment environment of our country are improving.

Baker? Mr. Jia, the chief representative of the Beijing office of the international law firm, said, on the policy direction, the government has continuously liberalized foreign investment in China through a series of adjustments.

In particular, the threshold for market access for services and manufacturing has been relaxed, and foreign shares in some areas have been relaxed to make foreign capital more available in China.
"In addition, the rule of law is also more standardized, transparent and fair, and awareness of the protection of trade secrets and intellectual property is rising.

All these provide more convenient and reliable investment conditions for foreign investment in China. "said Jia.

Nestle is a well-known foreign brand in China and has been operating in China for 30 years. The "first-hand experience" of Nestle is that, with the establishment and improvement of relevant laws and regulations, it is felt that the competent authorities, such as business and taxation, have significantly improved their efficiency and service awareness. The regulatory authorities are more professional, handle affairs according to law, and deal with issues fairly.

In recent years, with the iteration of industrial development, more and more Internet companies are also entering China. LinkedIn is one of them. Although it is still a short time to enter China, Yu Zhiwei, managing director of China's China managing director, said that "the business environment is productivity, which we strongly agree with." At present, the government has higher quality requirements for introducing foreign enterprises. The core purpose is to allow foreign enterprises and local enterprises to compete fairly on the same starting line.

The world bank's 2017 business environment report released by the world bank shows that China's business environment ranks 78th, up from last year. China's ease of doing business has jumped 18 in the world in nearly three years, with an average of six a year. The 2017 world competitiveness report released by the Lausanne school of management in Switzerland also shows that China's scores have improved significantly in terms of economic performance, government efficiency and business efficiency.

The pace of opening up will never stop
"China will be more and more open to the outside world." "China will improve its open economy at a wider and deeper level.""China's open door will never be closed!" ...On several occasions around the world, the Chinese government has made many public voices and emphasized the key word "open".

"Openness" is more than verbal. So far this year, a number of "heavy blows" have been on the offensive, clearing policy barriers for further foreign investment.

In January this year, the State Council issued a notice on measures to expand the open and active use of foreign capital. Article 20 "attracting foreign investment", including further expand services, manufacturing, mining and other fields of admittance of foreign capital, both foreign and internal support equally enjoy the "made in China 2025" national strategic policy measures, such as further create a fair competition environment.

On March 31, seven free trade areas, including Liaoning, were also set up. The total number of free trade zones in China has reached 11, forming an open pattern of all-round system innovation between east and west.

On June 16, the State Council issued a negative list of foreign investment in the 2017 version of the free trade zone, reducing 27 restrictive measures.

On July 17, the 16th meeting of the central economic and economic leadership group was convened to focus on improving the business environment and opening up to the outside world. And stressing the need to stabilize foreign and private investment, stabilize confidence and strengthen property rights protection, and expand access to foreign markets and enhance the attractiveness of the business environment to investors.

On July 28, the State Council will deploy more foreign capital to create a more open environment. We will further stimulate the effective investment measures of the private sector and promote sustained and sound economic development;

We will actively yet prudently resolve the accumulated local government debt risks and resolutely curb the growth of the implicit debt. We will listen to the report on the implementation of the list of administrative fees and government-managed funds, and promote the reduction of expenses from the source. All of the above measures will fall to the land by the end of September.

"One Belt And One Road" initiative, "made in China 2025" strategy, "Internet plus", new urbanization and intelligent manufacturing... a series of "big moves" in China are seen as big opportunities for foreign companies.

This is beyond the reach of other countries and regions of the world. From the implementation of "made in China 2025", artificial intelligence and other strategic planning, to the construction of "mass entrepreneurship, the innovation of the people", and the "Internet +" policies, this has stimulated the development of various industries."

"The speed and strength of China's innovation are unprecedented." "He added. "With the deepening of reform, there will be more business opportunities in the future Chinese market," Yu said, and we see that as China trading company become more competitive, the business environment faced by foreign companies in China also requires foreign companies to dig deeper and find their own value.