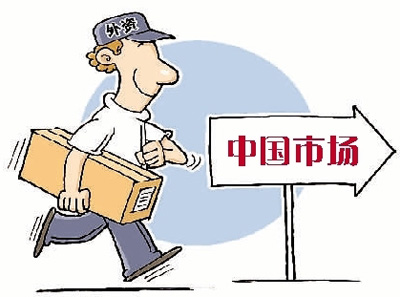 Globally, global cross-border investment fell by 2% in 2016, according to UNCTAD. According to the latest UNCTAD forecast, global foreign direct investment growth in 2017 was revised down to 5 per cent from 10 per cent at the start of the year.

Despite the volatility of China's attraction to foreign capital, the overall size of the data remains stable and improved in August. In recent years, China has kept the top three in attracting foreign investment. From January to August, China's actual use of foreign capital fell 0.2 per cent year on year, a decline of 1 percentage point from the previous seven months. That rose 9.1 percent in August, compared with a decline of 11.8 percent in July.

"The number of new foreign-invested enterprises in China has grown significantly this year, this shows that more and more foreign investors are willing to come to China. Moreover, in terms of investment direction, foreign investment is more concentrated in high-end industries. From January to August, the actual use of foreign capital in high-tech manufacturing and high-tech services increased by 15% and 21.4%, respectively. Zhang Jianping, director of the center for regional economic cooperation and research at the ministry of commerce, said in an interview with our reporter.

The investment environment is widely recognized Referring to China's investment climate, Meng said that the 2017 world investment report released by UNCTAD in June showed that
China ranks second among the world's most attractive investment companies. According to the American chamber of commerce in China and the EU chamber of commerce in China, In 2017, 69 per cent of US companies will expand their investments in China, and about a third of EU companies will use China as the top three R&D investment destinations. More than $1 billion of foreign capital projects have increased significantly in recent years. These conditions show that the Chinese investment environment is widely recognized by foreign investors.

As one of the largest suppliers of semiconductor packaging and testing outsourcing services in the world, The United States Ankao technology company increases capital 13 times in China in 16 years, so that the international community can see its confidence in the development of China. In 2001, Ankao relied on the investment in China to set up Ankao's packaging test (Shanghai) co., LTD. (hereinafter referred to as "Shanghai"). Since its inception, investment in Shanghai has increased from $36 million to $645 million, with registered capital rising from $12 million to $215 million.

As for the reasons for the increase, the Chinese President, Zhou Xiaoyang, said, "not only because there is a market in China, but also because of the stability and transparency of the policy and the high quality of staff, which is conducive to the long-term development of trading company." According to the introduction, in the first half of this year, the gross profit and profit in Shanghai have multiplied. It has developed into the second largest production base in the world, and contributes 1/6 of the annual revenue and profit of the group.

Besides the enterprise, many international institutions have also affirmed the improvement of China's investment environment. For example, according to the world bank's global business environment report, China's ease of doing business has jumped 18 places globally in the past three years, with an average of six a year.

More good news will fall to the ground
"In the stage of attracting foreign investment in the transformation and upgrading, China's investment environment is constantly improving, and it is attractive to foreign investors. On the one hand, China's political and social stability, complete infrastructure, complete industry and abundant human resources, and the market has grown rapidly, becoming one of the largest consumer markets in the world. All these provide favorable conditions for enterprise investment and development. On the other hand, China is pushing for a new round of high levels of opening up. We will greatly improve the facilitation of foreign investment through streamlining administration and delegating power and reform of the preparatory process. Meng Wei said.

In the next step, the national development and reform commission will implement these policies in depth with various regions and departments, Meng said. We will continue to expand access to foreign investment and streamline procedures for foreign investment. We supported major cities such as Beijing, Shanghai, Guangzhou and Shenzhen to reform the business environment and build a more open, fair and convenient investment environment.

"The introduction and arrival of a series of policies and measures has brought more benefits and opportunities to foreign investors.

We have reason to believe that China's attraction to foreign investment will continue to be a positive trend. "Zhang said.