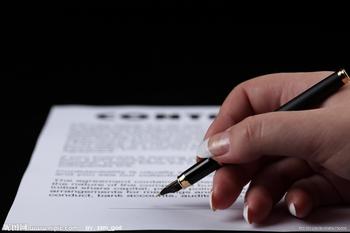 +86-020-2917 9715 proposal@set-up-company.com
Xi Jinping, the General secretary, pointed out in the report of the 19th National Congress of CPC that it is pushing for a new pattern of all-round opening up. China's opening up will not be closed, and it will only grow bigger and bigger. We need to focus on "One Belt And One Road", We will adhere to the principle of jointly building and sharing cooperation with other countries, and enhance the openness and cooperation in innovation capacity, so as to form an open pattern of mutual and two-way trade between the two countries. All enterprises registered in China shall be treated equally. On the 14th issue of "BBS", jointly organized by China international economic exchange center and other units. The experts agreed that China's continuous improvement of business environment will usher in a new boom in foreign investment in China.

Since 2012, foreign investment enterprises have seen more growth in China's high-tech manufacturing and services industries. "Foreign capital currently not adapting to the new normal is leaving China and moving to the mainland or southeast Asia, South Asia, but foreign-invested enterprises in high-tech manufacturing and service industries are still actively entering China. In the past 70 per cent of foreign investment was in manufacturing, and now 70 per cent of foreign investment is in services, especially knowledge, technology and talent intensive services. Zhang Jianping, a researcher at the Ministry of Commerce, said.

On the reasons for the slowdown in FDI growth in China, Pei Changhong, a researcher at the institute of economic research at the Chinese academy of social sciences, said, on the one hand, after the international financial crisis, global direct investment flows declined and are still in the process of recovery. On the other hand, the structure of foreign direct investment in China has changed, and the service sector has significantly improved. "Our country still has the potential to absorb foreign direct investment, in the area of manufacturing, we should increase the appeal of foreign capital in the central and western regions. The service sector is mainly to continue to deepen reform and to replicate the experience of free trade zones. In order to facilitate foreign investment in manufacturing in the Midwest, local governments should formulate local practical investment promotion policies within the scope of statutory limits. The eastern region should work hard to create favorable conditions for reform in the service sector. Mr Pei suggests.

Statistics show that China continues to be a "hotbed" of foreign investment and company incorporation. In September 2017, China's actual use of foreign capital increased by 17.3% year on year, the highest rate since September 2015. In the first three quarters of the year, China absorbed 618.57 billion yuan in foreign capital, a 1.6 percent increase from a year earlier, reversing a contraction in January to August. Zhang Yansheng, chief researcher of the China center for international economic exchange, said that in the future, China needs to further clarify the strategic thinking of using foreign capital and strive to achieve "three changes". That is, from the world factory to the world market and the world innovation center; From the transformation of main capital to the capital, the diversion, the introduction, the integration of the development; From preferential policies to demand guidance, supply-side cooperation, transparent period, global operation.