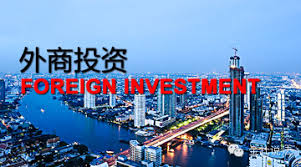 How much Appetite does China have for Attracting High Levels of Foreign Investment?

+86-020-2917 9715 proposal@set-up-company.com
China's foreign direct investment (FDI) is around $100 billion, FDI in the US can reach us $380 billion. Looking to the future, "there is still a lot of room for attracting foreign capital." At a high-level seminar held in Beijing on July 17, Zhang Yansheng, chief researcher at the center for international studies, said.

For how to optimize the business environment and attract high levels of foreign investment, the seminar, jointly organized by the China international economic exchange center and the Xinhua national high-end think tank, the experts have put forward a lot of suggestions and ideas from the aspects of improving policy transparency, promoting the construction of free trade area, further opening up the high-end service sector, and utilizing the theoretical innovation of foreign capital. It is widely believed that the implementation of the new development concept, the upgrading of the modernized economic system and the promotion of a new pattern of overall openness, "China's open door will not be closed, it will only grow bigger and bigger".

[ Improve policy transparency]
Zhang Jianping, a researcher at the Ministry of Commerce, said at the seminar that China's use of foreign capital is very large. Shaping investment environment, attracting foreign investment and helping China's economic transformation and upgrading, it will also help push for a new round of reform and opening up.

According to the world bank, China's current investment environment ranks 78th. There are many things that need to be done to improve the rankings. The first step is to further improve the transparency of policy regulations. This is also where the U.S. and European Chambers of commerce complain more about the business environment in China.

Experts at the conference believe that a negative list is an important part of improving transparency and improving the environment.

'the market in Asean is very open, and many years ago, there were measures such as pre-entry national treatment and negative lists,' he said. Lu Jinyong, a professor at the university of international business and economics, also points out that Japan and Vietnam, as well as Japan and South Korea, have signed investment agreements with only a dozen or so negative lists.

Although China's negative list management has made great progress in recent years, the list has shrunk from hundreds to more than 60, but there is still a need to complete the task of combining the various negative lists before 2018. Mr Zhang said it was "very difficult" to get to the stage, but "it is critical to the market environment that creates a level playing field".

Lu Jinyong also suggested that we should improve the management of negative list and need to change the thinking consciousness of "preventing risk and controlling foreign capital”, and absorb the new concepts of "input, output, capital two-way flow".

He argues that the United States, which began building a free-trade zone in the 1980s and 1990s, now has 199 free trade zones, with an average of three or four in every state. In this regard, China has a long way to go.

[ High-end services for catfish]
In order to attract high levels of foreign investment, Zhang recommended that China joined the world trade organization, it will focus on the future reform of the knowledge-intensive, technology-intensive and high-skilled high-end services.

Zhang said that foreign-funded enterprises in China now invest in high-tech services such as technical services, information services, professional services and financial services. But studies show that foreign companies account for a small proportion of those sectors. In the future, we should consider some beneficial exploration in the market access and opening up of the above-mentioned industries, and achieve the "dancing with the wolves". In order to stimulate our new service industry, modern service industry and knowledge-based economy service industry and so on, we can use market competition pressure to enhance our international competitiveness.