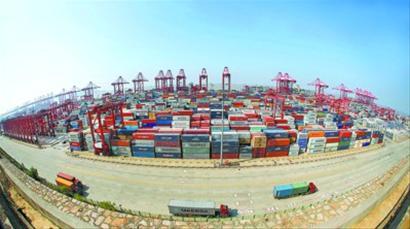 Comprehensively Deepen the Reform and Opening up of the Shanghai FTZ

+86-020-2917 9715 proposal@set-up-company.com
The State Council issued the plan for comprehensively deepening the reform and opening up of China (Shanghai) pilot free trade zone in 2017.

According to the plan, China (Shanghai) pilot Free Trade Zone is a strategic initiative of the CPC central committee and the State Council to comprehensively deepen reform and expand opening up under the new situation. It is of great significance to explore the establishment of a new government economic management system, to establish an institutional system to connect with international investment and trade rules, and to promote the opening-up of the high level.

The plan proposes that the Shanghai Free Trade Zone should continue to deepen reform and exploration around the key tasks and weak links, we should adhere to institutional innovation as the core, emancipating the mind, making breakthroughs and being a good benchmark, and serve for the development of "One Belt and One Road" and the development of the Yangtze river economic belt. And we should strengthen the linkage between the construction of the international economic, financial, trade and shipping center and the construction of the center for scientific and technological innovation with global influence, and continuously enlarge policy integration effect, the new system in the construction of an open economy, we must deepen the reform of the investment management system, optimize trade supervision service system, promoting financial promote open innovation, perfecting the innovation mechanism and so on, and take the lead in reform of mining potential, reform of crack problem, building a legalized, internationalized and facilitating business environment.

The plan proposes that the Shanghai Free Trade Zone should strengthen the integration of reform system, construction of an integrated reform pilot zone integrated with openness and innovation. We should strengthen the connection with international rules and establish a risk stress test area for an open economy system. We should further transform government functions and create a leading area for improving government governance. We need to innovate the model of cooperation and development and become the bridgehead for the construction of One Belt and One Road, a service country, to promote market players to go out. We need to serve the overall national reform and opening up, and form more institutional innovations that can be replicated and promoted.

The plan stresses that we must firmly implement the party central committee and the deployment of the state council, we should always adhere to seek improvement in stability work tone, and further emancipate the mind, bold breakthrough, overall planning, strengthen coordination, bold practice, actively explore, support free trade area of Shanghai. We should strengthen the leadership of the organization, clarify the responsibility body, carefully organize and implement the implementation of reform measures, and effectively prevent and control all kinds of risks. The office of the joint conference of the department of work of the free trade zone of the State Council, the People's Government of Shanghai and the relevant departments shall innovate their ideas, find patterns, solve problems and accumulate experience; We should give full play to the initiative, timely summarize and evaluate the implementation effects of the pilot tasks, and strengthen the integration of the pilot experience system. We will continue to form a pilot reform pilot experience that can be replicated and promoted, and further highlight the role of the free trade zone in comprehensively deepening reform and opening up the experimental field.