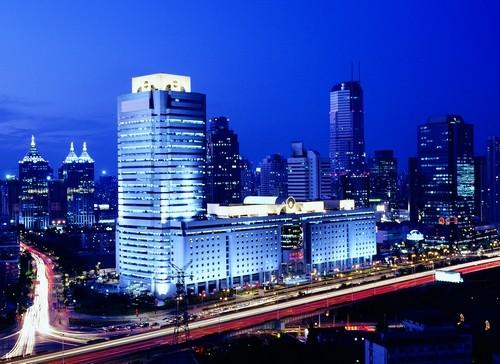 The Experimental Field Effect of the Shanghai FTZ is Revealed

+86-020-2917 9715 proposal@set-up-company.com
The Shanghai free trade zone is the leading and bellwether of the national free trade zone strategy. The Reporter of the Economic Information Daily found out during a recent squat survey, under the new situation, the vast number of cadres in the Shanghai free trade area have tried bold, independent reform, sustained new achievements, explored new experiences and achieved new breakthroughs. We will set a new benchmark for comprehensively deepening reform and opening wider to the outside world. But some areas still face three challenges, such as lack of motivation, lack of linkage, and lack of pressure. At present, these issues have been taken seriously by all parties, and they are in the process of seeking to crack the method.

Three years of outstanding achievement
In the past three years, the municipal government of Shanghai has worked closely with the relevant Ministries and Commissions to seize the core of institutional innovation, and actively serving the national strategy and making significant progress in various aspects, a number of important results have been replicated nationwide, which has achieved its original intention.

The FTAAP has accumulated experience in winning future negotiations. The trans-pacific partnership (TPP) was announced by US President Donald trump at the start of his presidency. However, the TPP negotiation standard has gradually become the new rules of the future global economic and trade negotiations. Jiang Haifeng, a partner at Ernst & Young's Shanghai branch, said, the construction of the Shanghai free trade zone is adopted to meet the highest standards in the world. Experience and time have been gained for China's future participation and winning more difficult global economic and trade talks.

"The first three years of the free trade zone may be groping, local. So from now on, to control the invisible highest standard, stand at a higher to further promote reform and opening up, open up new situation." Yang Yili, deputy head of the office of the customs working group of the Shanghai free trade zone.

The free trade account (FT account) is an important carrier for the financial opening and innovation of the Shanghai free trade zone. Zhang Xin, deputy head of the state administration of foreign exchange, told reporters, as of February this year, 51 financial institutions have provided financial services directly to the FT, with a total of 6.52 million FT accounts opened. The balance of the account was RMB 187 billion, up 102% from the end of 2015 and 262% respectively.

Zhu said that over the past three years, the reform and innovation concept of the Shanghai free trade zone and more than 100 institutional innovations have been replicated nationwide. The reform measures of 37 investment areas, such as negative list of foreign investment and the "single window" of enterprise access, are replicated nationwide. The following 34 trade facilitation measures, including the declaration of the customs declaration and approval of the entry and exit of the advanced areas, it has been implemented in an orderly manner in the areas of the whole country, the Yangtze river basin and the special supervision area of the customs. The achievements in innovation reform of 23 financial institutions, such as cross-border financing and interest rate liberalization, have been replicated and promoted across the country. The initiative and self-reform of Shanghai's free trade zone have explored new ways to comprehensively deepen reform and expand opening-up under the new circumstances. It provides reference experience and model for the construction of national free trade zone.