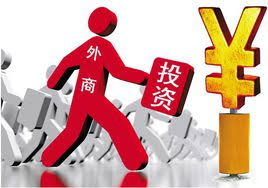 What Kind of Signal does Foreign Capital Come to China to Build Top-notch Factories?

+86-020-2917 9715 proposal@set-up-company.com
The Chinese market demand is so great, and its policy environment is so wonderful, how can it not attract foreign investment and trading company by arousing foreign investors' interest? Who started early, who occupied the market probability is prodigious. Those enterprises who can set up top-notch factories in China in the past two years are more likely to take advantage in the competition in the next competition tuyere.

It was reported that South Korea's LG Monitor announced recently, they planned to invest about 180 billion yen in a joint venture plant in Guangzhou to build a new monitor organic El Panel, which will be the first large-scale organic El Plant to be built by LG in China. In addition, Toyota, Panasonic, Yaskawa, Samsung, Switzerland, ABB and so on, these brands have also invested to set up electric vehicles, industrial robots, flash memory and other top-notch factories in China.

In view of this, the Chinese government has put forward the goal of speeding up the structural reform of supply side and promoting the economic transformation, and put forward the "China made 2025" development strategy around this goal. In terms of attracting investments from overseas, we can not continue to follow the traditional way of the business that seeing business, welcoming investment, on the contrary, we put forward very high requirements on foreign investment in China, those have not reached a certain level of investment in technology, not only will China's policy support be denied, but it will face quite a few constraints and even impossible to support such elements as land. As a result, foreign investors have come to invest in cutting-edge factories in China, first releasing signals that China's economic transformation has accelerated.
Foreign investors are willing to come to China to build cutting-edge factories, but also to release the signal that the foreign investment pursues the "technology dividend" in China. Compared with more than 30 years ago, investing in building factories in China, foreign investors, not only can not enjoy the dividends of cheap labor, but also can not enjoy the land resources, energy consumption, environmental damage and other benefits. Provided that you want to invest in China, want to continue to benefit in China, you must turn to high-end technology, cutting-edge technology, the pursuit of "technology dividend", which is the test of foreign investment. Now, foreign capital can come to China to invest in the establishment of cutting-edge factories, indicating that these foreign companies see China's new market demand and development space.

Taking electric vehicles as an example, China's new car market accounts for more than 30% of the world's, and there are some policy subsidies for all-electric vehicle. The Chinese market demand is so great, and its the policy environment is so good, how can it not attract foreign investment and arouse foreign investors' interest? Who started early, who occupied the market probability is prodigious. Those enterprises who can set up top-notch factories in China in the past two years are more likely to take advantage in the competition in the next competition tuyere.

The challenge is that Chinese companies in the same field are bound to face even greater pressure as foreign investors all invest in cutting-edge factories and cutting-edge technology. Some Chinese enterprises with low technical skills and weak management ability may be in a disadvantageous position in the competition. It is a great challenge to adapt to the needs of competition and make adjustments and changes in time.

Foreign investor comes to China to set up cutting-edge factories, investment projects and the use of advanced technology, not only brings new employment to China, but also poses a serious challenge to the ability and level of Chinese residents ' employment. If there is not enough cultural and technical ability to do support, it will be very difficult to find jobs in these enterprises, and this is a challenge to the talent training of Chinese universities. What's more, artificial intelligence products such as "industrial Robots", which are produced in some cutting-edge factories, can indirectly affect the employment of Chinese residents. China's businesses and residents must prepare early and respond positively.

Foreign investment can make positive transition to China to invest in the establishment of cutting-edge factories, which is the strong impetus for China's economic transformation, and it is believed that more foreign investment will come to invest in cutting-edge factories in the future. Adapting to such changes will be a big test for Chinese companies and residents.