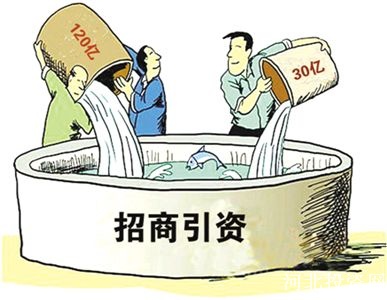 Gaofeng said that China should firstly keep stable by using foreign capital scale. Under the background of global transnational direct investment decreased by 2 percent, China's foreign investment in actual use is up to 864.4 billion yuan in 2016 with year-on-year growth of 3 percent. From 2013 to 2016, China has increased 101 thousand foreign-invested enterprises, importing foreign capital 521.7 billion dollars. Introduction of foreign capital in China has topped list for 25 years in developing countries.

What's more, foreign capital's contribution to national economy is also improving. In 2006, the fixed investments increased 15.6 percent that is higher than national average level and speed up 7.5 percent. The export of foreign capital takes 43.7 percent of country, rate paying takes 18.3 percent, employment takes 9.9 percent in total amount of city employment, the profit of industrial enterprises above designated size takes 25.2 percent of the country. The number of foreign capital enterprises takes no more than 3 percent of total amount of enterprises in China, it has creased nearly half foreign trade and one fifth fiscal revenue.

For investment, Gaofeng said that the scale of Chinese enterprises "going out" is increasing. In 2016, the foreign investment flows of China ranked the second for two consecutive years, As of the end of 2016, foreign direct investment stock is more than 1300 billion dollars, abroad total assets up to 5000 billion dollars. From 2012 to 2016, the accomplish turnover of China's foreign contracted projects reached 710 billion dollars with annual growth of 9 percent. China has become the one of main country for contracting foreign projects. By the end of the first half year of 2017, Chinese enterprises have invested 28.99 billion dollars in 97 oversea economic trade and cooperative zones in 44 countries, 3825 proposed enterprises, they still have paid the taxes about 3.09 billion dollars to the host countries and have created 0.24 million employment positions for the local people.

Gaofeng showed that China will enlarge open field constantly and build good business environment of " a close relationship between china company and investors, a relaxed environment for investors, a profitable business by investors", build a battle position for absorbing foreign capital and new heights for reforming and opening. At the same time, China will keep integrating and developing foreign investment, project contracting and cooperation of labor service, it still encourages substantial enterprises to go out for promoting development and defending the risk, so that we can improve the international business level of China, enhance the ability of combining domestic and abroad market and two resources.