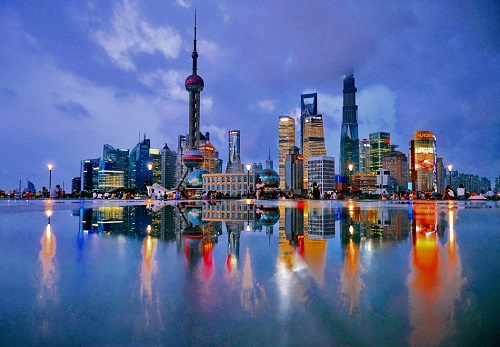 Domestic and Foreign Capital in Lujiazui Zone is Significantly Increased

On April 27, 2015, Shanghai Free Trade Zone is extended from the initial 28.78 square kilometers to the current 120.72 square kilometers. It is expanded from the original comprehensive bonded zones to the Lujiazui Financial Zone, Jinqiao Development Zone, and Zhangjiang High-tech Zone three large zones.

According to the introduction of He Jianmu who is a deputy director in Lujiazui administration Office of Shanghai Free Trade Zone on 20th, during more than two years period, Lujiazui Zone introduce domestic and foreign enterprises registered capital of 1.0164 trillion yuan, which is 3.56 times as expanding zone total investment (285.1 billion yuan) for more than 2 years. Among them, the cumulative foreign investment attracted $12.341 billion, which is 2.59 times as it for more than two years before expanding zone (It is $47.65 billion at that time).

He Jianmu showed that the achievements of the Lujiazui zone in the past two years have benefited from the reform and development policies of the Free Trade Area. For more than two years, Lujiazui actively promote market access and services, opening to the outside world, attracting and collecting all kinds of institutions. Enhance the regional core functions and explore the boost of opening and innovation in financial field for the precondition of preventing regional financial risks.

In view of the expansion of the service industry and the innovation of foreign enterprises, the Lujiazui zone has produced a number of typical cases in China firstly. According to the negative list of 2015 version, Aberdeen Asset Management Group has breached the limits of foreign-owned asset management companies’ establishment in September 2015, officially settled in Lujiazui, becoming China's first wholly foreign-owned asset management companies. At present, United States, Britain, France, Japan etc., more than 10 countries of the 28 well-known asset management establish institutions in Lujiazui Zone of Shanghai Free Trade Zone (including eight assets under management of the world's top ten, the top 50 of the world's are 17).