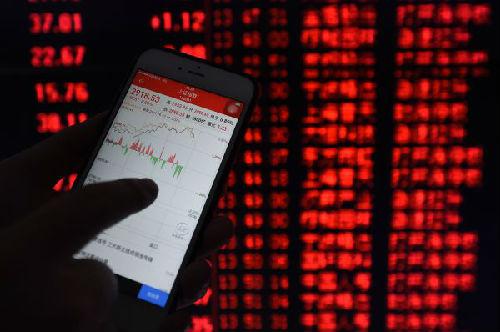 Foreign Investment Poured Into Chinese Stocks, Net Inflow of Funds is more than the Sum of the Previ

+86-020-2917 9715 proposal@set-up-company.com
The US media reported on October 10, after two years of sharp declines in China's stock market, foreign investors are entering the Chinese market.

According to a Wall Street journal website on October 8, the figures show a sharp increase in the total number of shares bought by foreigners through the Shenzhen-Hongkong stock exchange and the Shanghai-Hongkong stock connect, which connect the Shanghai and Shenzhen stock markets.

In the first nine months of 2017, the net inflow of funds through the Shenzhen-Hongkong and Shanghai-Hongkong stock connect soared to 155.5 billion yuan, more than the total in 2015 and 2016, according to data provider wan. The inflows in September alone amounted to nearly 21 billion yuan.

The steady growth of China's economy and a rebound in the exchange rate appear to have boosted confidence among foreigners in the mainland stock market, the report said. The rate has generally risen about 3% against the dollar this year, despite a pullback in late September.

Another salutary factor is the rare calm in China's equity markets. The Shanghai composite index closed for 25 consecutive trading days of less than 1 per cent, the longest since 1992.

Michael Parker, a Hongkong-based strategist at Bernstein research, says: "the previous concerns about capital flight, the collapse of China's banking system and the depreciation of the renminbi have dissipated."

But despite the surge in interest from foreign investors, China's main stock indexes have been flat this year. The Shanghai composite index is up 8 per cent, while the Shenzhen composite is up just 1 per cent. Nevertheless, about three-quarters of the net foreign inflows flowed through Shenzhen into the Shenzhen stock market.

The overall impact of foreign capital on the $7.5 trillion Chinese stock market remains small, the report said. Overseas funds have less than 2 per cent of their holdings in market capitalisation. However, the influx of overseas investors appears to have led to a rise in some stocks.