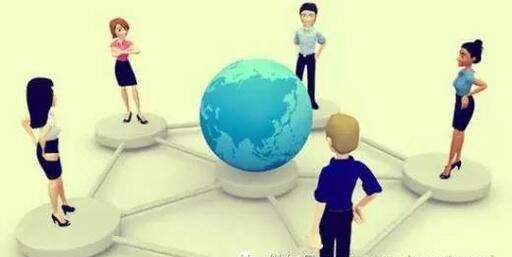 Manufacturing Uses Only Half as much Foreign Capital as Services

+86-020-2917 9715 proposal@set-up-company.com
At one time, the introduction of capital and foreign exchange had played a key role in China's economic take-off. Now, with China's economic restructuring and industrial upgrading, foreign capital is confronted with a structural "turning point" in China and a new round of "China opportunities". China needs more advanced technology and ideas to get a better position in the world industrial chain. In this context, it is necessary to accelerate the reconstruction of foreign capital: from manufacturing to service industry, from cost orientation towards R&D orientation, from "attracting wealth" to "leading" and "priming".

Under the new normal economy, foreign capital is encountering a "structural inflection point" in China, according to the Ministry of Commerce. In 2015, the manufacturing industry used only half the foreign capital compared with services. In a recent interview with the economic information daily, the reporter found that the proportion of foreign investment in China's manufacturing industry declined, but the proportion of high-end manufacturing increased significantly. Investment in traditional industries fell sharply, but the new service industry attracted foreign investment. Labor-intensive production lines have been largely transferred, but corporate headquarters and research and development centers have increased dramatically. The phenomenon of "three drops three liters" reflects not only the new "China opportunity", but also new ideas for future Chinese investment.

When Marris enters the Chinese market, it mainly offers 3D printing software solutions to the medical and industrial sectors. At present, we have established a research center with Shanghai No. 9 People's Hospital and Shanghai Children's Hospital, which has dozens of partners.

As a big province of foreign capital, Jin Zhao, inspector of the Jiangsu Provincial Department of Commerce, said that Jiangsu has entered the late stage of industrialization, transforming from the industrial economy to the service economy, and the growth of foreign investment in the service industry is very fast. Under the new normal environment, foreign investment in Jiangsu should be further transformed and upgraded, and accelerate the development of modern service industry with the transformation and upgrading of manufacturing industry. This year, Jiangsu will hold a meeting in the service industry to promote the opening up of services.

The structure of foreign investment in services has also changed a lot.

Hong Ben, deputy director of Xiamen municipal bureau of commerce, said that the fastest growth of foreign investment in the service contract in Xiamen was computer services, software and business services, and more than seven times year-on-year. There are also new industries, such as sports, finance, pension and medical care, which account for an increasing proportion of foreign investment. The decline was obvious in the real estate sector, with the annual construction of Xiamen real estate contract taking in only $23.51 million, down 97.4 percent year on year.

In November last year, Taiwan Eslite Bookstore opened its first store on the mainland in Jinji Lake, Suzhou. The area covers a total of 56,000 square meters, including bookstores, stationery shops, cafes, restaurants, exhibition halls and so on. The store has cooperated with more than 2,000 publishing houses around the world, leading more than 50,000 books to communicate across the sea.

In addition to the adjustment and change of the industry, the structural changes have also occurred inside the foreign-funded enterprises. Some foreign companies have shifted labor-intensive production lines, while in China they have added corporate headquarters and R&D centers.

Jiang Han, director of the economic development bureau of Suzhou industrial park, said that a prominent Korean electronics company in the park has cut annual sales revenue by 40% a year for two years, but profits have increased by about 10% a year. The company has moved its labor-intensive, thinly profitable production lines to Vietnam and put its R&D centers, ultra-thin and touch-sensitive new products in the park.

In the long run, it is a development law for enterprises to move to places with lower integrated costs. What we need to do now is to improve operational efficiency in Dongguan." "said by Chuck gillis, senior vice President of Levi footwear co., which has been working in Dongguan for more than 20 years.

Levi's parent company, Brown Shoes, is one of the largest shoe trading companies in the world. In recent years, the role of Dongguan in its global layout has been constantly changing, initially focusing on manufacturing, and now it is the most important design and research center of brown shoe industry in the world. We closed the Taiwan office a few years ago, and the Italian design department has about 20 people. Dongguan company is expanding, and now more than 600 employees come from 14 countries and regions. Still, Mr Gillies admits that, in the past few decades, companies have moved from the us to Taiwan to mainland China, where costs are now rising, it is not ruled out that it will be moved to southeast Asia.

Experts such as professor Sang Baichuan of foreign economic and Trade University believe that, at present, we can further study the path of transformation and upgrading of foreign capital, and actively grasp the development trend of foreign investment. Through the foreign technology spillover effect, China's social productivity level is enhanced, and the global positioning of multinational companies is deeply integrated into the global distribution of multinational companies, thus consolidating and enhancing China's position in the global value chain.