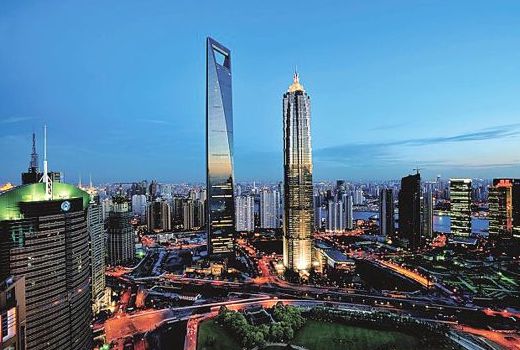 +86-020-2917 9715 proposal@set-up-company.com
The new policy of opening up foreign capital is coming to a head. The road map of the 12 key sectors, such as the high-profile new energy vehicles, is on the way. According to the Economic Information Daily, more than 50 departments and more than 20 provinces and municipalities have implemented the plan since the State Council issued the document last month. At the same time, the Ministry of Commerce and other relevant departments are working on the coordinated development. Policies such as restrictions on foreign investment in manufacturing of new energy vehicles will soon be announced.

Just over a month ago, the State Council issued a Notice on Measures to Promote Foreign Investment (no. 39), it made clear that it would introduce an open road map and timetable for 12 areas, including new energy vehicle manufacturing, ship design, banking, securities industry and insurance industry. The negative list that has been tried in the pilot zone will also be promoted nationwide as soon as possible.

At a regular briefing on the 21st day of the Ministry of Commerce, the press secretary responded to questions about foreign investment for four times. "With regard to the opening up of 12 key areas listed in article 39 of the State Council, at present, relevant departments and localities are actively promoting relevant implementation work in accordance with the unified deployment of the state council. In response to a question from the economic information daily, according to the ministry of commerce, more than 50 departments and more than 20 provincial governments have put forward the implementation plan. The ministry of commerce has changed from "case-by-case" to "online filing" in foreign mergers and acquisitions that did not involve special administrative measures in August.

"The next step will be to coordinate and promote the relevant departments in accordance with the requirements of article 39 of the state council, we will soon study the policy measures to reduce foreign investment restrictions in the field of new energy automobile manufacturing and continue to open up to the outside world."

Prior to this, our country has the limit of no more than 50% foreign share capital for new energy vehicles and special vehicles. A further relaxation of the shareholding limit was proposed by the state council 39, it is expected that the open path will be implemented first in the free trade zone.

"How to open these 12 areas, first in the free trade zone or in some areas, the relevant departments will submit a detailed timetable and road map according to the requirements of the document". Vice Commerce Minister, Wang Wenwen previously pointed out.

At present, the free trade zone is the most open area of our country, and it undertakes the task of opening up to the outside world first. Since 2013, the opening of the free trade pilot zone in Shanghai has opened the door. Bai Ming, deputy director of the international market research department of the ministry of commerce, told the economic reference newspaper, there are fewer and fewer open areas in the free trade zone, because negative lists are getting shorter.

According to Bai Ming, the route of foreign investment is generally easy to find. In terms of the automobile sector, we have a high degree of protection in the past, and now it will be a gradual process. "China's new energy vehicles are relatively competitive and are now particularly encouraging. So new energy vehicles are a priority. Other areas are not open, and we have been improving our competitiveness over the years to prepare for a new round of openness. We need to make the future open to an opportunity to reduce its pressure on us, and even under pressure, we need to transform it into motivation." In general, to improve the level of opening-up, we should also deal with the current slowdown in foreign capital growth and continue to play a key role in China's resource allocation.

According to Wang, from the global perspective, after the financial crisis, there are many uncertainties in the world economy. The trend of reverse globalization is also rising, and the overall flow of foreign capital to attract foreign investment is decreasing. The countries concerned are also taking all measures to strengthen the competition and attract foreign investment. Domestically, the domestic economy has entered a new normal of steady growth and structural optimization. Under the new normal, China's advantage of using foreign capital is shifting from low factor cost to market scale, infrastructure, human resources, industrial supporting and business environment. In the transformation process, we attract foreign investment scale to maintain stability, the structure continuous optimization.

In this context, it has become an inevitable choice to optimize the foreign investment environment and improve the level of openness.

In addition, in April this year, China's Liaoning and other seven free trade zones, eleven free trade zones have formed an open pattern of China's all-round system innovation. Subsequently, the new version of the free trade zone is out of the negative list. The national negative list also began on July 28, in the new edition of the foreign investment industry guidance catalogue, the restrictive measures further reduced 30, this highlights the policy orientation of encouraging foreign investment in high-end manufacturing, intelligent manufacturing and green manufacturing.

At the local level, there is a new wave of openness. This year, China has launched a new policy of opening up local versions of foreign investment in China, including Zhejiang, Hubei, Jiangsu and Fujian.