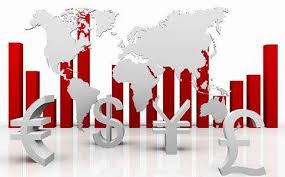 +86-020-2917 9715 proposal@set-up-company.com
On October 12th, the Ministry of Commerce held a regular press conference. At the press conference, the spokesman introduced the situation of China's absorbing foreign investment and foreign investment achievements since the 18th National Congress of the CPC, and introduced the participants to the media.

According to the introduction, in the past five years, China's absorption of foreign capital has shown four highlights:

Second, the quality of foreign investment is constantly improving. More foreign capital is flowing to the high-tech industry. In 2016, the proportion of foreign capital brought in by high technology industry reached 19.1%, up by 5 percentage points from 2012. Multinational companies have more than 2,400 centres in the centre.

Third, the management system of foreign capital has changed radically. Any foreign-funded enterprise that does not involve special administrative measures for access shall be changed from examination and approval to record management. This has changed the practice of "case-by-case review" for more than 30 years. This has realized significant changes to foreign investment management philosophy, management model and management system.

Fourth, contribution to the national economy has improved. In 2016, the investment in fixed assets of foreign enterprises increased by 15.6%, which was 7.5 percentage points higher than the national average. Foreign-funded enterprises accounted for 43.7% of the country's exports and 18.3% of tax payments. 9.9% of total employment in urban areas. The profit of industrial enterprises above scale accounted for 25.2% of the whole country. The number of foreign companies is less than 3 per cent of the total number of companies in the country, creating nearly half of all foreign trade and a fifth of its revenues.

Over the past five years, our country's foreign investment has stood out in the following three aspects:

The first is the expansion of going out. In 2016, China's outbound investment flows ranked second in the world for two consecutive years. By the end of 2016, the stock of external direct investment exceeded $1.3 trillion and the total foreign assets reached us $5 trillion. From 2012 to 2016, the total turnover of foreign contracted projects amounted to about $710 billion, an average annual growth of 9%. China has become one of the world's major foreign contracting countries. As of the first half of 2017, China's enterprises invested $28.99 billion in 97 foreign trade and economic cooperation zones in 44 countries. In our country, 3,825 enterprises have been paid to the host country, which pays the host country $3.09 billion. Create more than 240,000 local jobs.

Second, the level of enterprise internationalization is constantly improving. From 2012 to 2016, China's enterprises have accumulated $7.2 trillion in overseas sales through overseas investment and cooperation. That led to $1.9 trillion in imports and exports. Transnational mergers and acquisitions are an important way to get overseas high-quality resources and make up the short boards. In 2016, the outbound investment of M&A was us $86.5 billion, accounting for 44.1% of total outbound investment.

Third, the international distribution of industries has been accelerated. In the context of rising domestic factor costs, it is an inevitable choice for China's industrialization to expand international market and play two resources advantages. In 2016, China's manufacturing outbound investment reached us $29.05 billion, up 45.3% year on year. A group of steel, cement, colored, automobile, machinery, textile, chemical and other leading enterprises in overseas construction production base. Steady progress in international production capacity cooperation. In 2016, there were 482 projects involving hundreds of millions of dollars in foreign contracted projects. This led me to go out with equipment, technology, standards and services.

The spokesman stressed that the next step would be to resolutely implement the decision-making and deployment of the CPC central committee and the state council. We will further expand the area of opening-up and create a business environment for pro-business and wealthy businessmen. We will build a new high ground for attracting foreign investment and reform and opening up. At the same time, we will continue to make overall efforts to promote external investment, project contracting and labor cooperation, and encourage competent enterprises to go out. Development in one hand and risk in the other. Promote the internationalization management level of china company. Enhance the ability of enterprises to coordinate domestic and international market and two kinds of resources.