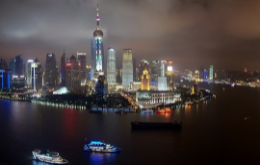 The Benefits of Chinese FTZs

+86-020-2917 9715 proposal@set-up-company.com
China is the world’s second-largest economy. The past fifty years have resulted in China’s economy transforming rapidly. The transformation caused China to transition from a largely agricultural-based economy into the industrial powerhouse of the world.

Home to the largest population on Earth, there’s also a rising middle-class in China. The World Bank credits the Chinese government for uplifting 800 million people from poverty. The Chinese revolution is already here, and it’s going to stay. According to the Center for Economics and Business Research, China will continue to grow annually at a six percent GDP rate, overtaking the United States economy by 2028.

Global corporations and conglomerates are recognizing the need to be conducting business in and out of China. Many American corporations already have manufacturing facilities and contracts in China, such as Apple, Boeing, Ford, Nike, and Starbucks.

The Chinese government also recognizes the importance of foreign corporations and investors. The country has relied heavily on foreign investment in the past and continues to do so.


China established its first “Special Economic Zones” more than forty years ago under Deng Xiaoping’s leadership. The Special Economic Zones (SEZ) were a fundamental component of Xiaoping’s reforms to open China to the outside world. The first SEZ was situated in Beijing and quickly became a hallmark of China’s economic liberalization and the growth of its export-oriented model. The SEZs provided foreign firms with tax and financial benefits in return for their investment.

Since then, China has started experimenting with creating specialized SEZs, referred to as Pilot Free Trade Zones. In 2013, the country devised the first Pilot Free Trade Zone (FTZ) in Shanghai. The FTZs operate as export manufacturing areas with the usual fiscal incentives and function as control environments to new economic policies for the government. For instance, China tested its negative list approach to foreign investment in the Shanghai FTZ first.

The FTZs have also been influential contributors to the Chinese economy. During the first seven months of 2020, Chinese FTZ’s contributed $400 billion in foreign trade, 13.5 percent of China’s total revenue generated from foreign trading. Additionally, FTZs have also aided the Chinese government in procuring foreign investment. More than 3,300 new foreign enterprises registered their companies in the FTZs, bringing in over $13 billion in investment.

FTZs are performing a pivotal role as China shifts from an export manufacturing strategy to a dual circulation strategy focused on domestic demand and technological self-sufficiency.

In September 2020, China announced plans to incorporate three new FTZs, including one in Beijing. Many experts are already heralding the Beijing FTZ as being the forefront pioneer for China’s technological advancement. The government has set aside 120 square kilometers for the Beijing FTZ and devoted 25% of the land area to a science and technology innovation area. The FTZ will also house a global innovation startup center. The Chinese leadership has also announced plans to create a digital currency zone in the Beijing FTZ. Local officials will work with the People’s Bank of China to accelerate China’s digital payments innovation.


There are currently eighteen FTZs in China. Some of the prominent ones are:


Shanghai’s Free Trade Zone was the first one established by the government in China. Shanghai’s FTZ has been pivotal as the legal framework for investment has been tested here and adopted by other FTZs such as Guangdong. Shanghai’s FTZ sprawls over 121 square kilometers.

Shanghai’s FTZ consists of seven separate areas, each with its focus. These areas are:


The Wiagaoqiao Free Trade Zone is part of the FTZ bonded area. It’s one of the most recognized FTZ zones, integrating functions such as export processing, warehousing and logistics, free trade, and more.


The Guangdong FTZ followed the Shanghai FTZ and was established in 2015. The FTZ spans over 118 square kilometers and covers three cities in the Guangdong province: Shenzhen, Guangzhou, and Zhuhai.

Each city has its FTZ area with its focus on specialties, which together constitute the Guangdong FTZ.


Nansha is one of the areas in the Guangzhou FTZ. Nansha is home to companies working in logistics, manufacturing, and international trade and commerce. Nansha is well-known for its automotive industry, with many companies producing parts for some of the largest car brands in the world.


Qianhai-Shekou is one of the most popular FTZ areas in China. It focuses mainly on industries in logistics, finance, and IT.
The area is well-suited for companies operating in the E-commerce sphere. If you’re looking to get your company registered in the Shenzhen FTZ, Business China can help you with incorporating an LLC.


Hengqin is the primary area in the Zhuhai FTZ. Zhuhai FTZ was initially one of the original Special Economic Zones Deng Xiaoping established. The Hengqin area primarily focuses on financial services, the development of tourism, science, education, leisure, and health.

Why Should You Incorporate Your Business in China’s FTZs?


Numerous foreign entities are incorporating branch offices in Chinese FTZs. There are several benefits to be gained from operating out of these FTZ areas. Each FTZ area in China caters to a specific industry and provides substantial benefits.


Ensuring the vibrancy and prosperity of the FTZ areas requires creating a sound business environment, which the Chinese government has devoted considerable attention towards. China has made it a policy priority to improve business environments for foreign entities and local organizations. The results are evident as China’s rank in the World Bank Ease of Doing Business Index has soared in recent years. In 2018, the country was ranked 78th on the index. China catapulted to the 31st position in 2021.


Although the government doesn’t give any preferential treatment to organizations operating out of the FTZs, it does provide tax incentives. For instance, the government waives custom duties, import-level VAT, and consumption tax for corporations in the FTZ importing machinery and equipment.

In addition, the government also provides refunding for export taxes to firms incorporated in an FTZ. Export taxes are refundable for finance leasing corporations in the FTZs.
There is also a significant corporate tax incentive provided to the corporations operating in the FTZ areas. Most FTZ areas have a remarkably low corporate tax rate of 15 percent, making incorporating a business in a Chinese FTZ financially feasible for many companies.


Another key reason for the success of China’s FTZ areas is how the government expedites company registration. Typically, it takes three months to incorporate a business in Beijing. On the other hand, registering your company in an FTZ area can take less than a week. The government has also implemented measures to reduce bureaucracy and prevent inter-departmental processes from slowing the registration process.


Foreign firms can benefit from tapping into existing ecosystems. Every FTZ area specializes in a particular field. FTZ areas have local and foreign companies operating within the ecosystem, meaning these firms have already established supply chain networks and prospective customers. Foreign firms entering these areas can leverage access to these networks and benefit from local expertise.

Free Flow of Capital and Goods


Chinese FTZs don’t restrict the flow of capital and goods. Companies operating in FTZ areas benefit from having a free flow of capital and goods across local and international borders. Moreover, most FTZs are close to seaports and airports, allowing for quicker transportation of goods and services. Some FTZs, like the Shanghai FTZ, also have seaports located within the FTZ area, easing logistical worries.


The Chinese government has instituted numerous policies to strengthen Intellectual Property (IP) protection in the FTZ areas. Protecting IP rights is essential for most businesses, especially in a market like China, which is notorious for counterfeiting. The Chinese government has addressed IP conflicts by setting up Intellectual Property Offices in every FTZ area. These offices carry out administrative and law-enforcement functions.

Getting Your Company Registered in China