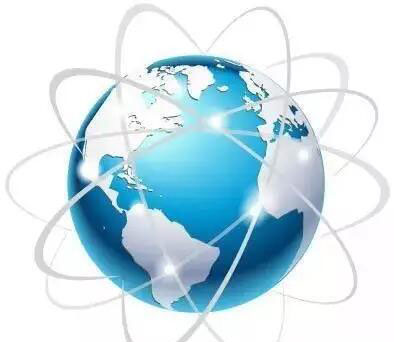 The Mystery of Foreign Investment in Establishing Sophisticated Factories in China

+86-020-2917 9715 proposal@set-up-company.com
Recently, many foreign companies have invested in sophisticated factories in China. Despite China's labor costs continue to rise, but the growth of domestic consumer purchasing power and the government's targeted investment policy attracted these foreign enterprises continue to be optimistic about China, they invest and build factories in China. The difference is that the advanced factories now replace the low-end factories in the past. So, does this mean China is moving up the global value chain?

The attraction of the market is hard to resist. Even though China's economic growth has shifted to medium-high speed in recent years, but the size of the world's second largest economies and the huge growth base derived from the huge market scale, which companies cannot ignore.

With the rapid development of the economy, people's living standards have improved significantly and their consumption capacity has soared. In the past, we may need something that meets the basic needs of life, and now we need things that are better and have better quality. The change in demand side brings a series of changes on the supply side, from life data to production materials, we can only better meet the demand by improving the supply. This is especially true for market-orientated foreign companies.

As we shift from the "world factory" to "world market", the production technology level of domestic enterprises is gradually improving, and the gap between the advanced level of the world is gradually narrowing. It is moving from the lower end of the global value chain to the higher end. The market is changing rapidly and the market share is real. In the face of a huge market like China, where consumer demand is rising, how can foreign companies hold their own in the Chinese market without taking some of the high quality.

In addition, the Chinese government has adopted a proactive investment promotion policy towards high technology. so, from the organic EL panel to the large capacity flash memory, from electric cars to industrial robots, etc., many foreign companies invest in cutting-edge factory in China, they seize market, close to the consumer.

The United States is at the top of the global value chain, especially in the high-tech sector; Developed countries such as the EU and Japan are upstream, leading in technology-intensive areas; China is in the middle and lower reaches, but the trend towards the upper reaches is clear.

For example, research has shown that the domestic assembly of the iphone makes up only 1.8 per cent of the profit of the whole machine, and the ipad is lower to 1.6 per cent, and the vast majority of profits go to apple in the US. This is not limited to apple phones, but also to other products.

The key to cultivating competitive advantage and moving up the global value chain is to improve the ability of independent innovation.

Foreign companies investing in sophisticated factories in China, in spite of the potential for technological spillovers, domestic enterprises will be promoted to imitate, learn from and absorb advanced technologies to promote industrial upgrading and product upgrading. However, we must pay attention to the two facts: one is the core technology in the hands of foreign companies, the technology spillover effect of domestic enterprises is limited, so it always exists with foreign advanced technology. The second is that foreign enterprises monopolize the high value-added links in the value chain such as R & D, design and marketing through patent, brand, market and other means, they lock domestic companies in low - value added links, which may inhibit the transformation and upgrading of domestic enterprises.

It is better to have one than to have others. Therefore, if China wants to move up the global value chain, it must take its own path of innovation. The current road of transformation and upgrading, there is a "straight line chase" which is formed in the traditional industry, and the "curve overtaking" which is formed in the emerging industries. Either way, it is inseparable from the core of independent innovation. Here, "made in China 2025" will play an important role in promoting innovation-driven, intelligent transformation, strengthening foundation and green development.

Independent innovation, both government and enterprises need to work harder. For the government, it will be of great significance to deepen institutional reform, create a fair and just business environment, and stimulate the vitality of independent innovation of market players. For enterprises, increasing innovation input and improving the competitive ability of design, R&D, manufacturing, marketing, etc., is due regard as an innovative subject. Thus, the shift of China's economic growth is on the occasion, we should make good use of structure optimization and kinetic energy transformation, we should take independent innovation as the traction, and speed up from the manufacturer to the shift of manufacturing power, and push us to the global value chain.