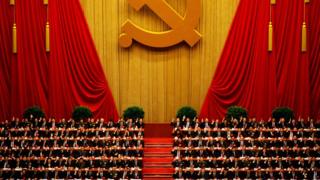 +86-020-2917 9715 proposal@set-up-company.com
Xinhua Beijing, October, 20 (Yu Ziru) The report of the 19th National Congress of CPC provides a blueprint for China's future development. How to make these new era pictures go from "paper" to "reality", the implementation of relevant departments and fields is particularly critical.

The reports of the 19th National Congress of CPC pointed out that sticking to a house is a place to live, not to be speculated. We will speed up the establishment of a multi-agency housing system for multi-agent supply, multi-channel guarantee, and rental purchase system, so as to ensure that all people live in.

The minister of housing and urban-rural development, Wang Menghui, said in an interview with the media on the opening day of the delegation, in order to meet the housing demand of the new citizens, the main direction is to establish the housing system for the purchase and rent. The market mainly meets the multi-level demands, and the government mainly provides the basic guarantee. We will comprehensively use finance, land, taxation and investment to promote the construction of the real estate market.

He said that in order to accelerate the cultivation and development of the housing rental market, the pilot work of housing leasing in 12 large and medium-sized cities had been carried out. In order to accelerate the construction of the housing security and supply system, we have supported the joint property housing test in Beijing and Shanghai. In addition, we have also vigorously overhauled and regulated the real estate market order, and maintained the situation of high pressure and strict inspection. We will increase the exposure of illegal enterprises and further purify the market environment.

We will promote coordinated development of the Beijing-Tianjin-Hebei region.

The report of 19th National Congress of CPC noted that the non-capital function of Beijing was "cow nose", and promote the coordinated development of the Beijing-Tianjin-Hebei region, a high starting point and a high standard of construction for Xiong 'an new area.

The secretary of Beijing municipal Party committee, Cai Qi, said during the Beijing delegation's discussion, it is a major national strategy to promote the coordinated development of Beijing-Tianjin-Hebei, which has a non-capital function of Beijing. We need to make unremitting efforts to promote the promotion of special operations in order to improve the function of the capital. We should firmly establish the strategic positioning of the capital city and hold the "four central" functions firmly in our hands. And increasing the level of "four services" is the whole point of the development of the capital. At the same time, we should give full play to the role of "one nuclear" and fully support the construction of Hebei Xiong 'an new district, and high level construction of urban secondary center, better promote the coordinated development of Beijing-Tianjin-Hebei region.

Give free trade zones greater autonomy in reform
According to the report, the free trade zone has been given greater autonomy in reform and exploration of free trade ports. On the opening day of the delegation of Shanghai, Han Zheng, Secretary of the Shanghai municipal Party committee, said the core task of the FTA was institutional innovation. Over the past few years, more than 100 innovation systems have been promoted nationwide. With regard to free trade ports, Shanghai FTZ is planning for a central deployment plan, which must be approved by the central government.