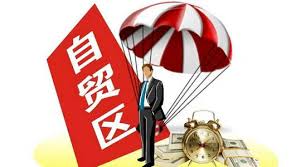 In the conference, Mr. Pan said that in the past two years, the Guangzhou FTZ has been the core of institutional innovation, and the development of the free trade zone has achieved remarkable results. A total of 239 innovation achievements have been formed, which provide a large number of new experiences for countries, provinces and municipalities to replicate and popularize. Thirteen of them were replicated across the country, 56 were replicated in the province and 74 were implemented throughout the city. The spillover effect of the FTA highlights the continued release of reform dividends. In 2016, the regional GDP of the region was 127.876 billion yuan, and the growth rate continued to be the first in the city. In the past two years, 24,671 new enterprises have been set up, twice the total number of registered enterprises in the previous years. It has settled in 74 of the world's top 500 enterprise investment projects and 103 headquarter enterprises, laying a solid foundation for the building of a high level of opening to the outside world.

Pan pointed out that since the listing, the Guangzhou FTZ has pushed forward the reform tests and improved the investment management system at the core of the negative list. The trade facilitation promotion system focusing on "port of wisdom" has been a demonstration in the whole country. In order to accelerate the transformation of the government functions that stimulate the vitality of the market subject, the legalized business environment is further optimized. The international innovative finance is booming, and the overall level of opening-up has been significantly improved. After two years of reform exploration and systematic summary, the top ten integration innovation achievements:

The Nansha islands are the first to carry out comprehensive implementation of 60 regional-level matters in the province, and the approval time and application materials have been greatly compressed to enhance the sense of enterprise acquisition.  While relaxing the front-end access, various departments should strengthen administrative guidance and supervision and inspection to ensure that follow-up supervision is in place. Nansha "licenses separation reform pilot in the province's top reformer, landed quantity and to accept the examination and approval matters the most, for promoting a new round of pilot cities and even the whole replicable experiences which can be promoted.

Relying on the Internet and big data, Guangzhou FTZ has launched its own website, innovative e-signatures, electronic authentication and other approval measures. This has become the most common document of the national market access, the fastest and most convenient for the masses. This has facilitated enterprises and the masses and created a favorable environment for mass entrepreneurship and innovation.

Achievement4: "three platforms and one system" create a new mode of post-mortem supervision.

Guangzhou FTZ is a platform for public service platform and geographical location information platform through construction and improvement of market supervision and enterprise credit information platform and national Internet of things. To the gripper of the reform of the comprehensive administrative law enforcement, through three seamless docking with data exchange platform, formed on the basis of comprehensive regulation, professional regulation for support, credit constraints, as the means of modern market supervision mode, we have established an after-the-post regulatory system for the multiple co-governance of the free trade area, which is based on credit support, enterprise autonomy, industry self-discipline, social supervision and government supervision.

Achievement 5: build a multi-legal service system to improve the rule of law in the free trade area.

Since its listing, Guangzhou FTZ has been focusing on the courts of commercial affairs of the free trade zone, the court of intellectual property trial and the commercial mediation center of the free trade zone, and establishing a procuratorate of free trade zone to promote the establishment of intellectual property rights protection assistance center for free trade zones, and expand the pilot of the Hong Kong and Macao law firm partnership, and set up the electronic data forensics laboratory, and create a national leading "trusted authentication service platform", and take the lead in the implementation of the case of Hong Kong and Macao people's jury in the whole country, we establish a multi-mediation platform for the mediation mechanism and commercial disputes of the Hong Kong and Macao cases industry association, and improve the international arbitration mechanism. In Guangzhou FTZ international arbitration center, Hong Kong and Macao synchronous operation three trial mode, the innovation of intellectual property protection and service mechanism, a fair, efficient and solve the trading disputes concerning foreign affairs to gradually build up the diversity of the legal service system in line with international standards, we will further optimize the business environment of international law.

Guangzhou FTZ focuses on the financing and leasing business of aircraft, ships and large engineering machinery and equipment. Relying on policies such as pilot reform of domestic and foreign finance lease in the free trade area, innovation will promote the special policy system of financing lease development and constantly optimize the financing lease development environment. Since the listing, the number of financial leasing enterprises in Guangzhou FTZ has increased from 29 to 279, and the size of the business has increased from 9 billion yuan to more than 100 billion yuan. A total of 15 aircraft were introduced in SPV mode, with an amount of $1.15 billion in assets, and 23 financial leasing aircraft in the first quarter of this year. The finance lease has become the important new economic growth point of Guangzhou FTZ, and gradually became the third pole of Chinese financing lease.

In order to promote the development of new business states, the Nansha islands have launched and integrated a series of port regulatory innovations. It creates a full chain of scientifi supervision rules, that is before the matter, it "can be traced back to source, risk controllable," and during the matter, it is "trustworthy convenience, disciplinary", and afterwards "to be found out, the responsibility to investigate". The new type of trade supervision model helped boost the import of online shopping bonded by Nansha in 2016 by 3.69 billion yuan, a year-on-year increase of 271.4 percent. The BBC's business volume accounts for over 90% of Guangzhou's business. The number of imported vehicles was 8559, a year-on-year increase of 3.9 times. Guangdong's first diamond bonded trading platform was operated in Nansha. The new type of trade is booming, which leads to the growth of foreign trade and import and export, which has become the new driving force of foreign trade.

Guangzhou FTZ fully plays its advantages in the policy of free trade zone, building a policy system that attracts headquarters to settle down and promote the "going out" of domestic enterprises. In the past two years, a number of representative state-owned enterprises have set up nearly 70 headquarters enterprises and platforms in Nansha, for example China railway, China railway construction and Zhongjian construction, etc. We will gradually build an integrated service system that integrates industrial investment, production capacity cooperation and cross-border investment and financing services. At present, Nansha has gradually become an important base for large-scale central enterprises to adjust the layout of global business and an important platform for implementing the "go out" strategy.

Guangzhou FTZ adopts the model of "management committee + command + platform company" to organize and implement urban infrastructure development and construction work. This model innovation realizes the combination of government leading and social capital. While ensuring effective government control, we have solved the source of funds needed for development, avoided new government debt, and effectively made up for the shortage of government human resources, and guaranteed project development professional, efficiency and sustainability, maximum incentive enterprises integrate the advantage resources and promoting city fusion, achieving a win-win situation, the government and enterprises create high levels of Nansha international city to open up a new path.

He pointed out that the next step of Guangzhou FTZ will be to build the Guangzhou FTZ into a goal of opening up the gateway to a high level. We will further deepen reform of the investment management system, promote reform of trade facilitation, accelerate the transformation of government functions, and improve the post-mortem regulatory system. We will expand financial openness, deepen cooperation with Hong Kong and Macao, and build a model of reform and innovation that is systematic and modular. We will push forward reform and innovation of the free trade area.