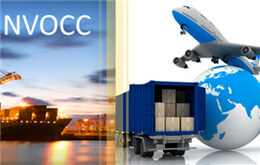 What is an NVOCC of a China Logistic Company?

According to the scope and nature of their business, NVOCCs are divided into the following three categories:

At present, many shipping companies have a greater reliance on on-carrier-type NVOCCs in terms of cargo canvassing. Therefore, while canvassing goods for themselves and operating trans-shipment business, on-carrier-type NVOCCs actively act as agents of carriers, and handle the acceptance, delivery of goods, container assembling and dismantling, commission, freight collection on behalf of carriers, and get returns and freight difference.


After canvassing goods from different shippers, such NVOCCs generally do not directly provide transport services for shippers. Instead, they take the “wholesale” method, and deliver the goods in batches to on-carriers or carriers according to mode of transport and directions, and then issue bills of lading. Because this practice has obvious broker characteristics, they are called broker-type NVOCCs.
NVOCC’ acting as brokers is a form of transport service that has emerged in recent years. Such NVOCCs generally do not engage in specific business activities or actual service operations. They only engage in the organization of transport, goods distribution, selection of transport modes, routes and improvement of services. Their income mainly includes brokerage fees and t freight difference due to “wholesale”.


1. Directly signing a freight agreement with shipping companies;
2. Issuing ocean bills of lading in the name of own company;
3. Accepting consignment invoices of freight forwarder counterparts;
4. Greatly enhancing enterprise competitiveness on the market.