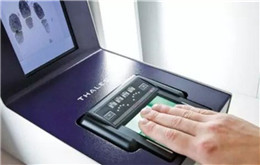 +86-020-2917 9715 proposal@set-up-company.com
To further guarantee the national security and entry-exit border control, the Ministry of Public Security issued an announcement on January 29, 2017 in accordance with the relevant provisions of the "Law of the People's Republic of China on Exit-Entry Administration of Entry and Exit" approved by the State Council. Fingerprints collection will be required for foreign nationals aged between 14 (inclusive) and 70 (inclusive) years old who enter China at the open ports of the country.

According to the deployment of the National Immigration Administration, the Baiyun Entry-Exit Border Inspection Station fully implemented the fingerprinting of foreigners entering the country at Baiyun International Airport on April 29, 2018.

The device is proficient in more than 20 languages and can automatically identify the passport's passport nationality information by using the "mother tongue" to guide travelers to carry out fingerprint self-help retention operation. Passengers only need to place the passport data page in the document reading area. According to the guidelines on the screen, fingerprints can be stored in the order of “four fingers for the left hand, four fingers for the right hand, and two thumbs for the two hands”. After successful fingerprint collection, the device will automatically print the receipts. When passengers go through border inspection procedures, they only need to perform fingerprint information verification according to requirements, and they can quickly clear customs.

● Diplomatic passports, EU passports and other entry and exit passport with diplomatic effect, or those who hold visas for Chinese diplomacy and courtesy visas, except for those who have reciprocal arrangements.

● According to bilateral agreements or reciprocal arrangements, foreign personals are given mutual fingerprinting arrangements.

● In accordance with the relevant regulations of the Ministry of Public Security, officials from foreign deputy ministerial level (including) or above who are in a position to facilitate the processing of immigration clearance procedures and members of delegations led by them shall be given.

● Under special circumstances, the Ministry of Public Security has agreed to exempt foreigners who have kept fingerprints.

● Passengers who do not leave the airport directly after transit for 24 hours may be exempted from keeping fingerprints. Please go directly to the international transit counter to complete the transfer.