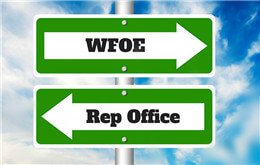 +86-020-2917 9715 proposal@set-up-company.com
Many foreign companies making investment in China are often faced with such questions-What are differences for China Rep Office and WFOE in respect of tax treatment, banking services, employment, functions & roles, establishment processes and conditions? Which one is more suitable for my company? 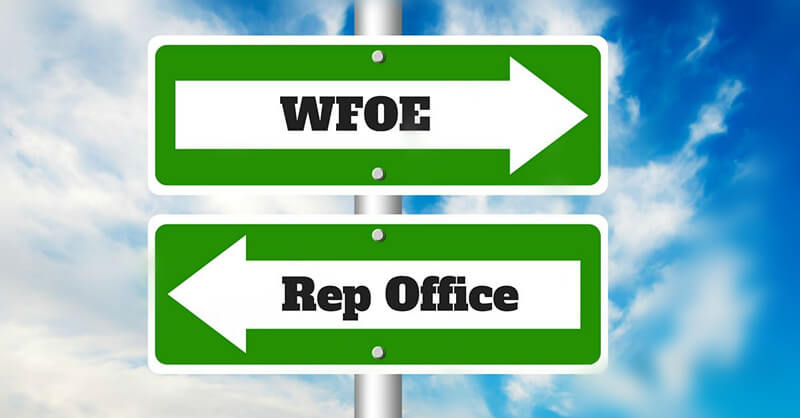 China Rep Office and WFOE are the mainstream ways for foreign companies to set up business organizations within the territory of China (except for those in Hong Kong, Macao, and Taiwan), with the differences as follows:

I. Difference in Tax Treatment of China Rep Office and WFOE: 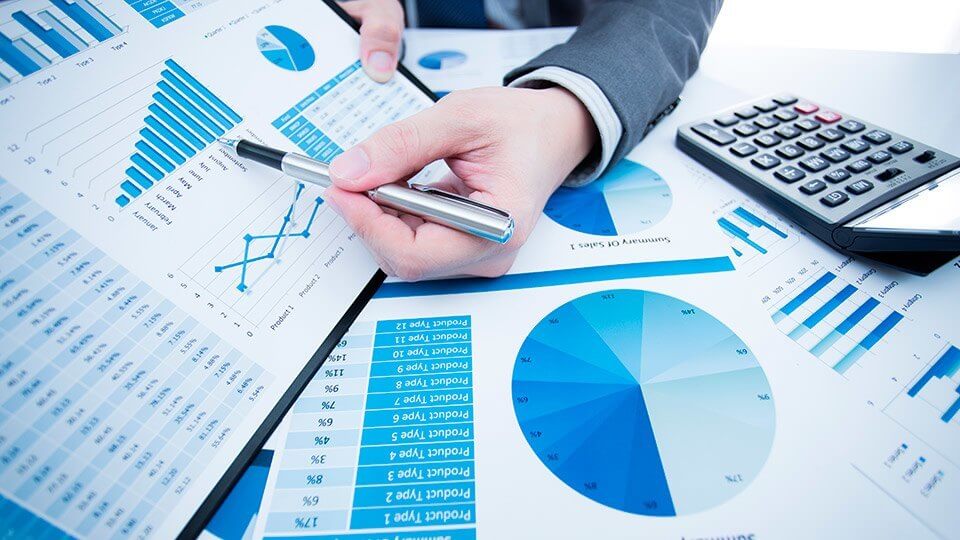 (I) The taxation of Rep Office is mainly divided into two categories:

China Rep Office established in China by foreign companies in the fields of services, trade and agent business (belonging to the Rep Office in common sense) is officially defined as follows: The foreign permanently-based Rep Office acts as go-betweens for the customers of their parent companies in the services of introduction and agent business or provide their parent companies and subsidiaries (except for companies directly appointing such resident representative office) with services , which cannot supply accurate data and vouchers such as contracts and agreements to make correct declarations on the income or permanently-based representative office which can provide certification documents to prove that it is engaged in self-employed trade instead of agency trade. Rep Offices of this category are not entitled to sign contracts and collect payment. They mainly focus on the market promotion and commercial liaison with the tax payable calculated based on their expenditures. The estimated rate of tax is approximately 10% of the expenditures.

China Rep Offices of foreign governments or non-profitable international organizations (NGO) in China, or Rep Office which can provide certification documents to prove that it is engaged in self-employed trade instead of agency trade, may apply for tax exemption after obtaining tax exemption approval from the tax office.

Tax of WFOE is identical to that of the ordinary domestic-funded companies, to be levied based on the current tax policies of China, usually subject to a VAT of 17%, income tax of 25%, as well as other taxes. 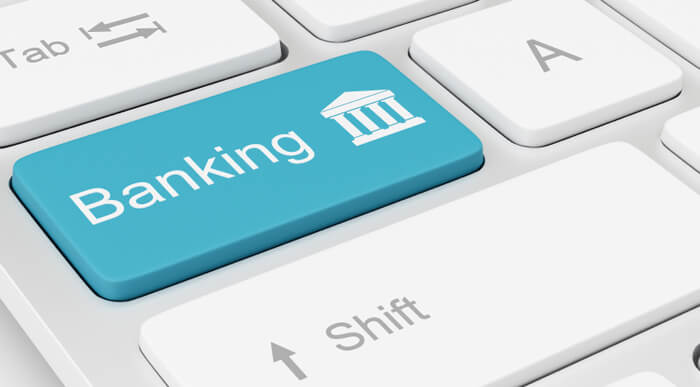 Rep Office may open accountants in banks and accept the payment in foreign currencies. However, the same can only be used for the day-to-day expenses. They are not allowed to open L/C accounts in banks and to accept other more extensive financial services. However, WFOE is entitled to open bank accounts of various types, so long as relevant requirements of the banks can be met. They can also enjoy the services of financing and financial management through various financial institutes.

III. Difference in Employment of China Rep Office and WFOE: 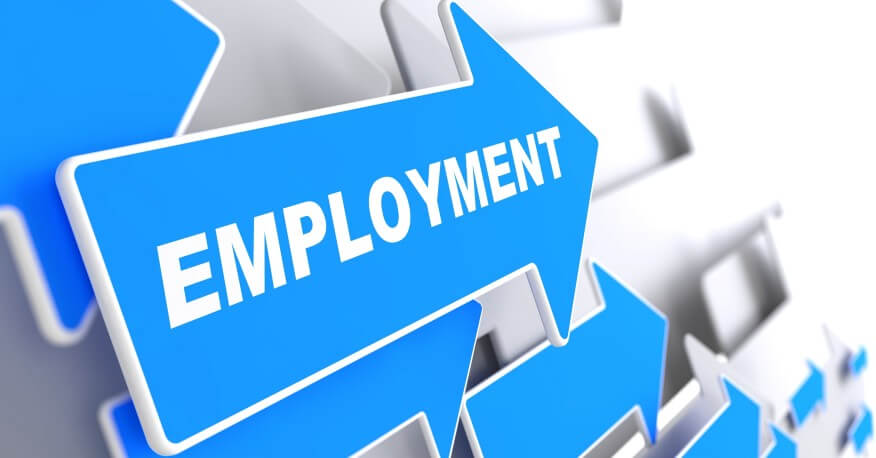 Rep Office is not entitled to employ the staff directly, which must be processed through a third-party intermediate agency with relevant qualifications.

WFOE in China is allowed to employ their staff directly and pay five social insurances and one housing fund for them. 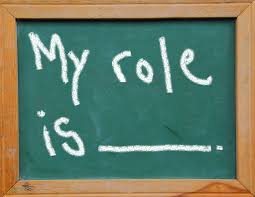 Rep Office as the spearhead of foreign companies in China exists for the liaison and market promotion, with main functions of liaison, preparation and assistance in Mainland China in assisting the parent company overseas. Rep Offoce itself has no qualification of a legal entity and cannot conduct business activities in Mainland China. Rep Office cannot directly sign contracts with suppliers or customers in its own name (but the parent company can sign contracts with customers of Rep Office) and is not entitled to apply for the independent license of import/export, to apply for the qualification of a general taxpayer, to employ staff independently.

Remarks: In the case of Rep Office of commercial companies, Rep Office is often established under the following circumstances:

1.In the initial stage for a foreign company to invest in China, there is not much market information available. By establishing a Rep Office with fewer employees (generally no more than a staff of 10 employees), initial market situations can be obtained, commercial opportunities developed, corporate image set up and contact with cooperation partners established.

2. In the case that initial contact has been established with domestic enterprises, but the domestic suppliers can directly contact the foreign parent companies, including the signing of contracts and delivery of goods in an industry, a Rep Office is more preferable for the supervision and day-to-day liaison.

3. From the perspective of the dynamic functions of a company, a WFOE is far more advantageous than a Rep Office in its applicability, flexibility and expandability and the customers are expected to choose the organizational structure based on their actual situations


V. Difference in Conditions for Establishment of China Rep Office and WFOE: 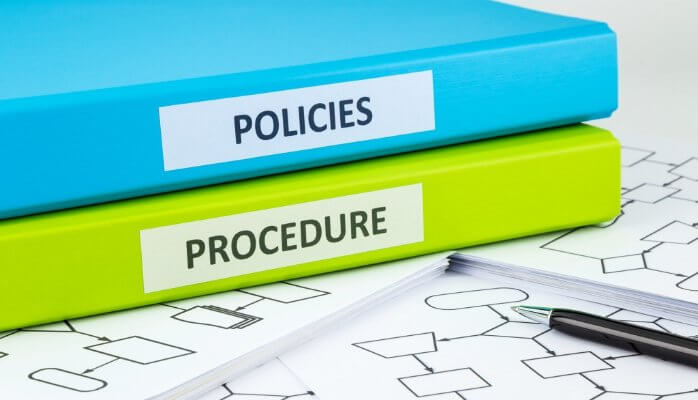 (I) Requirements for Rep Office:

1.The business license of a foreign parent company must be certified by the Chinese embassy in the local area. If the parent company is a Hong Kong company, you can entrust us with such certification.

3.Rep Office can be established only by foreign parent companies that have been established for over 2 years, while there is requirement for a WFOE.

VI. Difference in Process of Establishment:

1.It takes one month for the establishment of a Rep Office.

2.It takes over one month for the establishment of a WFOE. If it applies for the qualifications of a general taxpayer or an importer & exporter, one more month shall be added.

1.On-line application shall be submitted first for the establishment of a Rep Office before handling the formalities with the Administration of Industry & Commerce.

2.For the establishment of a WFOE, the examination and approval of the Foreign Economic Commission shall be necessary before handling the formalities of business license.