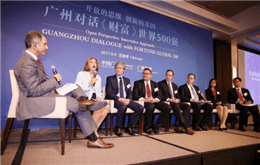 +86-020-2917 9715 proposal@set-up-company.com
The Fortune Global Forum chose to settle in Guangzhou, it is not only that Guangzhou has established trade centers for more than 200 countries and regions in five continents, but also because Guangzhou has great attraction for multinational enterprises in promoting reform and innovation in investment and trade facilitation. More than half of the Fortune 500 enterprises have invested or set up offices in Guangzhou, and there is a great potential for continuing expansion and good prospects for development. 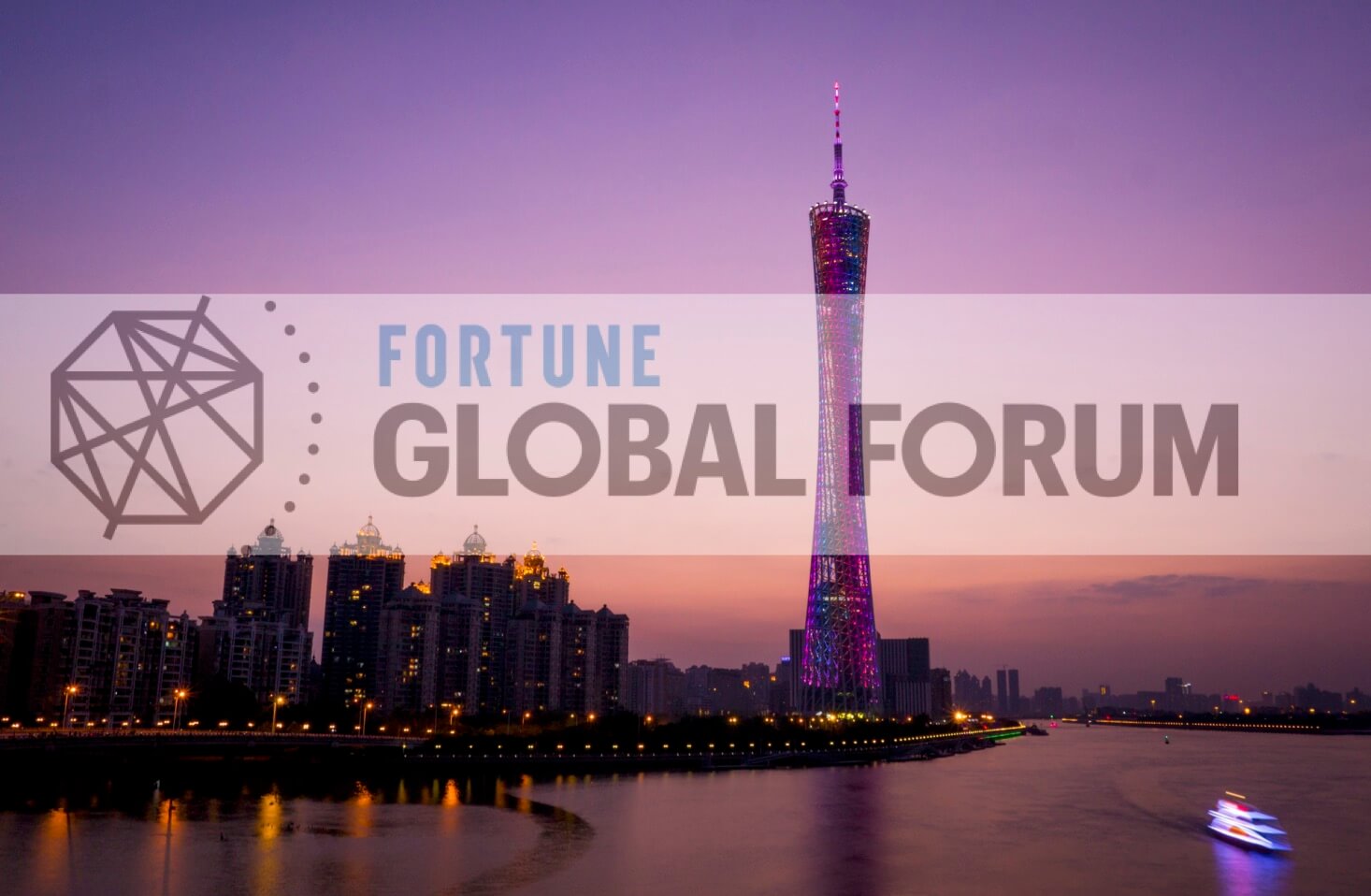 2017, Fortune Global Forum is to be held in Guangzhou from December 6th to 8th. The theme of the forum is "openness and Innovation: building a new economic structure" (Openness & Innovation: Shaping the Global Economy).

Before the press conference, Ren Xuefeng met with Mu Ruilan. He said that Guangzhou is a thousand - year business with a rich historical and cultural background, open and inclusive, and full of vitality. At present, Guangzhou is carrying out the idea of innovation, coordination, green, open and sharing development, focusing on building a hub network city to promote the construction of China's important central cities, and implementing a more active policy of opening to the outside world, promoting investment trade facilitation and high level two-way open innovation, building a new system of high level and open economy to improve the global allocation of resources. The choice of the Fortune Global Forum is held in Guangzhou, which embodies the international community's recognition of the development of Guangzhou and the expectation of the good future of Guangzhou. It embodies the trust and support of the provincial government of the central and provincial Party committees to Guangzhou, it's a new platform for Guangzhou to actively participate in economic globalization and enhance international influence, and to contribute to the creation of the world economy's vigorous growth mode, open and win-win cooperation mode, fair and reasonable governance mode, and balanced development mode of inclusive Guangzhou. It is hoped that the two sides will continue to maintain close communication and connect to ensure the success of the forum.

The Fortune Global Forum chose to settle in Guangzhou, it is not only that Guangzhou has established trade centers for more than 200 countries and regions in five continents, but also because Guangzhou has great attraction for multinational enterprises in promoting reform and innovation in investment and trade facilitation. More than half of the Fortune 500 enterprises have invested or set up offices in Guangzhou, and there is a great potential for continuing expansion and good prospects for development. Fortune global BBS is willing to strengthen cooperation with China, especially Guangzhou, to promote economic development.

In his speech, Cai said that Guangzhou and Fortune had worked closely together, and the preparatory work had been carried out in an orderly manner and had a good start. Guangzhou is the only foreign trade port in China that has not been closed for more than two thousand years. It is also a place where Chinese and western cultures meet each other. Guangzhou is committed to building a hub for linking the world, a city of convenient trade, a city of innovation and vitality, and an international metropolis suitable for living. As the host city, Guangzhou will do all it can to be a good host, providing high-quality and efficient service for BBS, and truly making BBS a green, practical and efficient global event.

It is reported that Guangzhou will also hold the first promotion and introduction of the 2017 Fortune Global Forum in Paris, France, in January 20th.

In the meantime, the main newspaper, the Wall Street journal, and the new Zurich newspaper, the local mainstream media, reported big reports on Guangzhou. Among them, the Wall Street journal broadcasted the special edition of the Xinhua news agency "Guangzhou: Ancient Trade Center Rising to Global Hub". We will introduce the new meteorology, new achievements and vitality of Guangzhou development to the global political and business leaders and representatives from the academic and media circles.

Guangzhou, as China's southern gate, is now accelerating the pace of opening-up and innovation, the report said.

According to the quoted data, in 2016, the GDP of the city was about 1 trillion and 950 billion yuan, and the economic volume of Singapore and its neighboring Hong Kong were 20 thousand yuan.  Guangzhou is the third largest city in China for 27 consecutive years. Now the city has set ambitious goals: to become a hub for international shipping, aviation hubs and technological innovation. Guangzhou is actively looking for benchmarks from the global urban system, looking for momentum from the national strategy and regional development, finding opportunities from the global development factor allocation and international industrial division, and facing the global high-end resources.

According to the report, Guangzhou has been one of the most active and resource gathering cities in China from ancient times to the present. For more than 2200 years, Guangzhou is the only foreign trade port that has not been closed. Now, Guangzhou port still plays an important role in China's foreign trade.

In 2015, Guangzhou port's cargo throughput and container throughput ranked sixth and seventh in the world. According to the municipal government's latest plan, Guangzhou will complete the Deepwater Channel of Guangzhou port widening project, the construction of international general wharf and accelerate the development of international cruise home port, shipping and logistics, shipping finance and other modern shipping services and shipping headquarters economy, and to open up more domestic and foreign routes to enhance the configuration of shipping elements. In addition to maintaining the traditional advantages of maritime transport, Guangzhou is becoming increasingly prominent as an aviation hub.

In 2016, the China Southern Airlines, based in Guangzhou, ushered in 700th aircraft and the fleet was up to the fourth place in the world. "South Airlines is currently taking the Guangzhou hub as a junction to build the" Guangzhou road "that connects Europe, Asia, Oceania and America. This means that visitors can easily and comfortably cross the four continents through Southern Airlines' aircraft. " Han Wensheng, deputy general manager of the Southern Airlines Group, said.

In order to cope with the growing passenger flow, Guangzhou will promote the construction of the fourth, fifth runway and third terminal of Baiyun airport in the next five years, attracting high-end high-quality aviation enterprises and planning second airports.

It is reported that the improvement of traffic is bringing more flow of people, logistics and funds to Guangzhou, and making the resources of innovation in science and technology further converge in Guangzhou. Guangzhou has always been one of the most concentrated cities of science and education resources in southern China. It has basic resources such as Zhongshan University and other first-class universities in China, as well as Tianhe ii, one of the fastest supercomputers in the world.

The report also mentioned that Guangzhou has been incubating some of the most famous technology companies in China, including one of the largest social networking sites in the world, Tencent with 850 million users, and NetEase, vip.com, etc., as China's technological innovation hub. Last year, Guangzhou has won the attention of many international technology giants. CISCO (Guangzhou) smart city project, General Electric International biologic Park and international data center Southern Center have settled down.

The report quoted Cisco chief executive officer John Rodrock as explaining why Cisco chose to locate in Guangzhou. "Guangzhou is a major city in China. Guangdong province is one of the richest provinces in the country, and it is also the strategic center of China's advanced manufacturing and electronic information industry." Rorok said.

The report mentioned that "Guangzhou is one of the most suitable cities in China". Guangzhou has been named the first place in China's best commercial city for 5 times in the past six years by Forbes magazine. Data from Guangzhou science and Technology Innovation Committee show that in 2016, Guangzhou's high-tech enterprises increased by more than 2800, and the growth rate of new high-tech enterprises increased to 960%.

In the next few years, Guangzhou will continue to attract the eyes of the world, the report says. The 2017 Fortune Global Forum, the 2018 World Route conference and the 2019 international port conference will be held in Guangzhou.

In the next five years, the functions of Guangzhou international shipping, aviation and science and technology innovation hub will be further strengthened, and the position of international integrated transport hub will be more stable, and the high-end resource elements will accelerate the gathering.

If you are looking for:


Welcome to email us to seek more assistance.