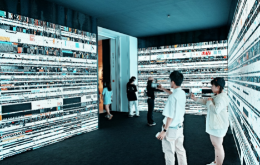 How Has Technology Changed the Business Landscape in China?

+86-020-2917 9715 proposal@set-up-company.com
China has evolved into a worldwide superpower over the last few years. Its rapid growth, which has elevated tens of millions of Chinese people from misery, began roughly 40 years ago amid Deng Xiaoping's policies. The state was granted a supervisory role to build an adaptable policy framework while focusing on export-led industries.

It's presently the globe's second most crowded country. People in China have migrated between low- to high-productivity industries and from rural areas to urban areas, some starting a company in China. Having a large and complicated technical landscape, the state is currently a dominant technological force. There's been an unequal competitive field among the West versus China for many years, involving marketplace entry imbalance. The struggle to integrate the Western liberal economy with the Chinese economy is always at the root of the present US-China trading conflict.

While the United States' endeavors to restrain China via tariffs and investment limaitations have just been deliberately botched and stay unpredictably risky, Europe is constantly establishing its ties with China. It called this nation a "systemic opponent," a "industrial rival," and admitted the safety threats earlier in 2021.

However, identifying unified viewpoints will be difficult. For instance, German Chancellor Angela Merkel officially allowed Huawei to provide the nation's networks, although France is currently debating the matter.

From Copying to Inventing


For years, China's technological approach has mainly focused on copying items and ideas from others, particularly Western economies. The nation, on the contrary, is today refocusing its efforts on invention. This indicates that China was once seen as a technological 'rip-off'—producing low-cost knock-offs and supplying equipment—but now it's developing new technology and offering unique products. The importance of China in the international supply chain has expanded. 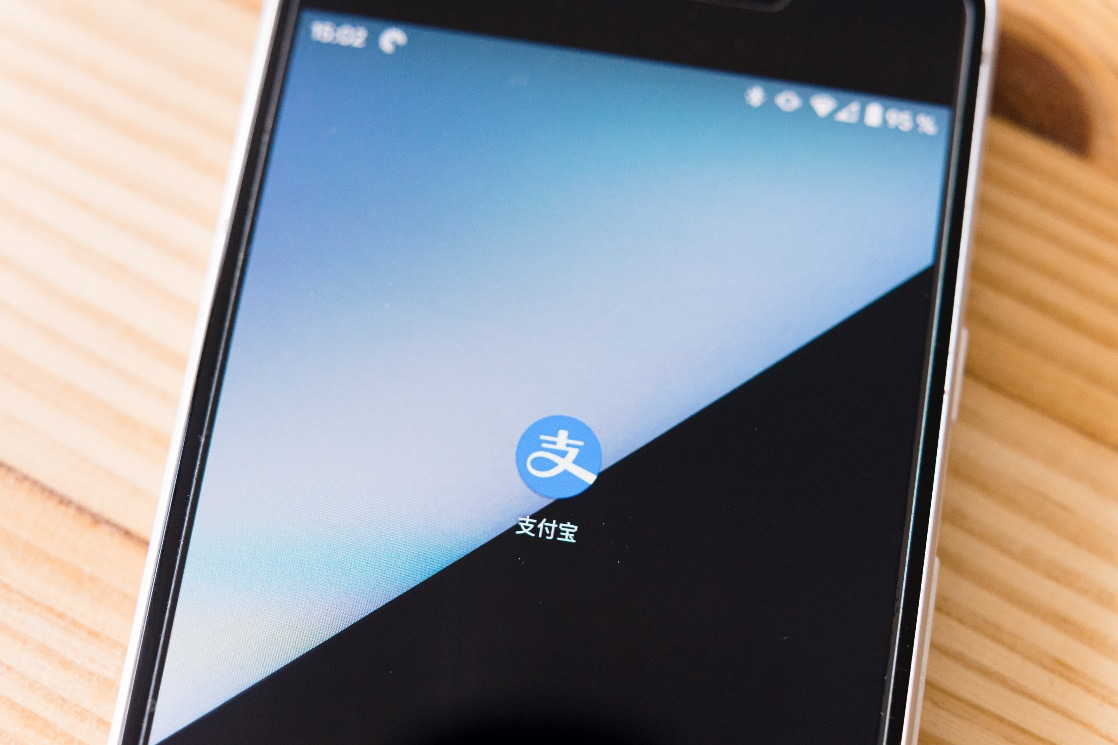 China's newfound commitment is related to the country's larger goal of becoming an "innovative powerhouse." Under the state-led corporate strategy Made in China 2025, funding for R&D plus education, and enterprise fund investment into Chinese start-ups, this government is realizing its objective of development. This approach has allowed China to advance in fields such as artificial intelligence and 5G, build its GDP, and raise its international profile. However, China's insistence on invention—as well as the tactics by which it achieves it—constitutes a financial and diplomatic danger to the West.

Digital Self-Reliance Plus Made in China 2025


Manufactured in China 2025, a state-led business strategy to ensure China's worldwide supremacy in high-tech production shows China's aspiration to create an innovating country. The strategy, unveiled in 2015, expresses China's ambition to achieve self-sufficiency with high-tech production by minimizing its reliance on western innovation in areas including transistors, robots, new cars, and even aircraft. The Chinese administration has supported innovation and creativity via Made in China 2025 while maintaining restrictive measures.

As of now, the strategy has worked out well. It is debatable if this achievement is attributed mostly to China's nationalistic governmental assistance or enterprises' entrepreneurial spirit and a massive pool of online users. However, it's commonly acknowledged that China is now improving its worldwide efficiency in various knowledge-intensive industries and is pushing hard in several areas.


However, significant barriers to growth persist, as China is still a world away from being self-sufficient in key fundamental sectors. Almost 50% of total technology held by Chinese enterprises in 2018 came from international companies, mostly located in the United States. China continues to consume six times the amount of intellectual goods it sells. Furthermore, while China maintains a top foothold in several high-tech fields, such as artificial intelligence, its reliance on basic technology imports remains significant. Despite significant advances, only 16 percent of China's transistors are created domestically, with only half of them manufactured by Chinese companies.

Because transistors are such an important part of the electronic industry, China's dependence on importation is a major roadblock for its quest to build a more inventive country. United States' current ban on telecoms firm ZTE, which ended in the business's near-collapse since it couldn't acquire US technology, illustrates China's strong dependence on western technology. 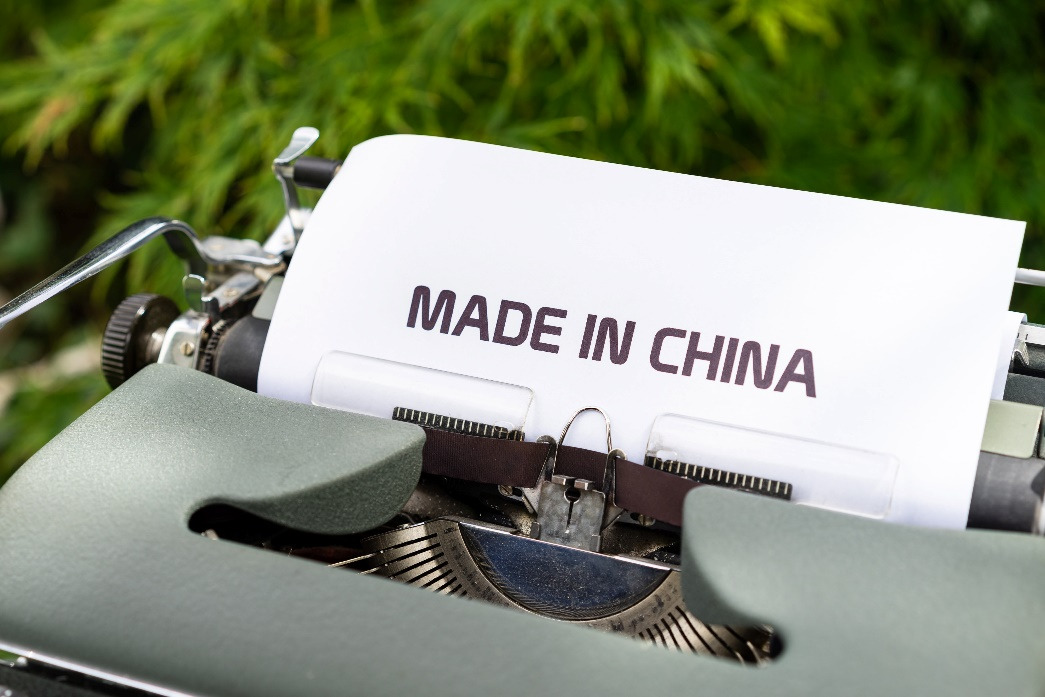 Made in China 2025 has alarmed Western powers, particularly the United States and Europe, who see this as a danger to world commerce and stability. Western analysts believe that this plan contradicts WTO regulations by undermining international markets. China's ownership of whole supply networks suggests that major sectors might fall beneath Chinese rule.

According to America, the strategy is based on enforced technological exports and cyberespionage. The Chinese state has been criticized for abusing its market accessibility regulations to steal copyrights from international firms. Throughout China, partnerships involving a local Chinese company and an international company are widespread, with the local party often owning a major interest.
As a result, a framework to oblige international companies to send over top-secret data to Chinese companies exists. Although China promises that enforced technology exports will end, the number of cases continues to climb.

R&D And Academia as Advancement Platforms


Until lately, the Westerners disregarded China's ability to invent, partly because they believed the nation's schooling structure and society would struggle to offer important talents to the economy as a whole. On the other hand, China has demonstrated that it can invent even when it doesn't embrace the Western approach. In truth, several Chinese cultural characteristics, such as long-term logical thinking, have assisted the country's development. Under the portion of this development effort, it is actively engaging in R&D activities and education.

R&D Manufactured in China represents one of the nation's long-term goals of becoming a global champion in research and development by 2050. There's now a tremendous effort in R&D to accomplish this. China invested $300 billion in R&D in 2020, accounting for about 2.2 percent of its Economy. As a result, China is now in a terrific place to further develop groundbreaking technology.


China educates nine times as many scientists and engineers as the United States, while the OECD placed China 10th on the planet in undergraduate mathematics, science, and literacy levels by 2018. In contrast, the United Kingdom was rated 23rd while the United States was placed 31st. Even though many Chinese graduates study overseas, the majority of them return home. If Western nations want to compete against China, they must upgrade their scientific and technological institutions.


China has historically placed a high value on its communication and telecom systems. To stimulate the production of innovations, the state gives monetary aid in attractive legislation and tax breaks. China excels in two categories: artificial intelligence and 5G, and their advancements in these important innovations are altering the landscape for Western enterprises.


China has certainly done a good job of integrating technology into crucial sectors. In 2015, Beijing unveiled its 'Internet Plus' idea to merge cloud technology, data science, and the IoT into conventional industrial and retail businesses. In his speech at the 19th Party Congress, President Xi highlighted the theme, declaring his goal "to foster the profound merger of the world wide web, data science, and AI into the actual economy."


Amongst the most important topics in economics and innovation nowadays is the growth of China's technological landscape. Therefore, it's getting more crucial than ever that the West develops a cohesive and unified approach regarding this growth—something that allows the Westerners to take advantage of the chance to engage alongside China on critical international challenges while also reducing dangers to our innovation and principles. Lack of response properly will have major geopolitical repercussions as China strives to exert control over global affairs.

For entrepreneurs and opportunists, this is high time to start investing in China. Investors and businesses from all across the globe who want to profit from China's economic advancement and earn vast returns can do so by investing in the nation now. You'll need to thoroughly understand Chinese corporate rules to form a company, check China's WFOE registration procedure, or establish a representative office in China.

Business China is a consulting organization with more than ten years of expertise in supporting businesses in establishing operations in China and Hong Kong. You can write to us at proposal@set-up-company.com or call us at +86-020-2917 9715 to know more about the expertise of our consulting services.