+86-020-2917 9715 proposal@set-up-company.com
"There are actually only two brands, one already in Tmall, and the other on the way to Tmall," a comment on the company's new earnings season. 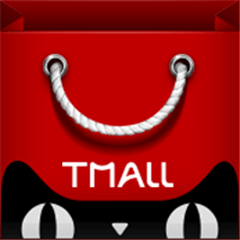 In the latest quarterly results of the new economy, which just topped $300 billion in market value, in addition to GMV and revenue continue to grow at a high speed, Tmall platforms have also shown a surprising impact on global brands. As of March 2017, nearly 80 percent of the top 100 most valuable brands in the world are already in Tmall. With the increasingly obvious channel advantages, the cluster effect of the head brand is appearing on Tmall, which is also verified in the offline traditional business. For users, the presence of head brand aggregation is not simply a "buy".

Report from our correspondent. Recently, more than 1,000 well-known businessmen from home and abroad gathered in Ali, holding the Tmall global conference on global merchants, including the companies that people are familiar with, for example, the famous American Macy's department store chain, Japan's largest drugstore Matsumoto, German supermarket giant ALDI, Britain's leading supermarket Sainsbury, such as like a "retail" of the United Nations. Before the meeting, the international general manager of Tmall said in an interview that the number of outbound tourists in China was 117 million in 2016. "While traditional trade cannot effectively repatriation to domestic consumption as high as 117 million, cross-border platforms such as Tmall are needed to provide solutions."

"Matsumoto has as many as 6,000-70,000 SKU under the Japanese line, and we hope to gradually expand the international category of Tmall to meet the needs of Chinese consumers." Matsumoto, head of cross-border e-commerce, said.

Since last year, Tmall global has been selling more than $100 million for Costco, Macy's, Matsumoto, Metro, Emart and other global supermarkets.